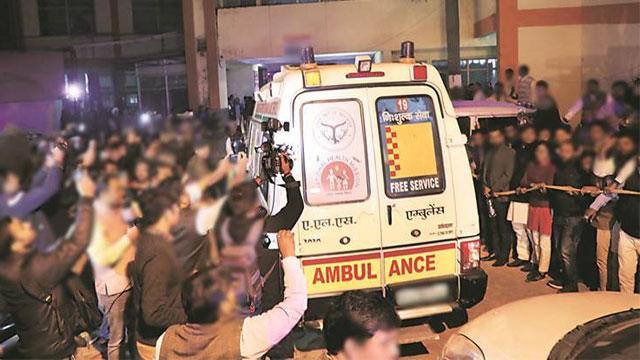 The Unnao rape victim’s family has refused to cremate her body until Chief Minister of Uttar Pradesh, Yogi Adityanath visits them and assures strict action against the accused.

Speaking to the media, Unnao rape victim’s sister said, “Till the time Yogi Ji doesn’t come here we will not cremate my sister. I want to speak to Yogi Ji in person. I want a government job and the accused should be hanged.”

Rape victim from Uttar Pradesh’s unnao, who was burnt alive, was airlifted to Delhi and later lost her life in Safdarjung hospital on Friday. The victim, while on her way to attend a court hearing in Rae Bareli, was burnt alive by 5 men, which included 2 accused, who had been released on bail just a day earlier.

The case had been gaining a lot of discussion across the country. The police and UP government have been facing the wrath of general public for the bail that had been granted to the accused, just a day before they burnt the victim.