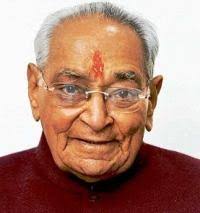 As per Congress sources, he was hospitalized two days ago with a urine infection but it was normal and not the cause, reported Times of India.

Motilal Vora, who turned 93 this Sunday, had tested positive for COVID-19 in October this year and had later recovered from the deadly disease.

Congress leader Rahul Gandhi took to Twitter and wrote, “Vora Ji was a true congressman and a wonderful human being. We will miss him very much. My love & condolences to his family and friends.”

A former CM of Madhya Pradesh, he was a Rajya Sabha member from Chhattisgarh till April this year. He was also the All India Congress Committee (AICC) general secretary (administration) before the recent party reshuffle by Congress president Sonia Gandhi.