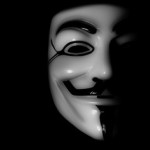 Two firemen and one cop were injured, one fire engine was also damaged in the protests. Metro operations were affected, with the entry and exit gates of Sukhdev Vihar Station, Jamia Millia Islamia, Okhla Vihar and Jasola Vihar Shaheen Bagh, as well as Gate No.3 of the Ashram Station, closed.