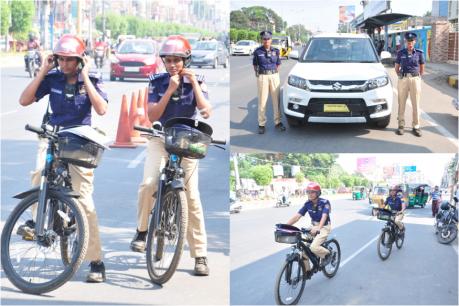 Andhra Pradesh government’s new initiative, ‘Shakti’, to have women protection as its core objective, in a first, the team will have four-wheelers with women as female drivers.

The ‘Shakti’ initiative of the Andhra Pradesh government, will have women’s protection as its priority. The task was called by the names, ‘She’ and ‘Mahila Rakshak’ earlier. The model used to have men as four-wheeler drivers. But according to the new initiative the four-wheelers will now be driven by women. So it will be a structure governed by women for women.  The women will be dressed in blue contrary to the regular Khaki.

“There are police stations to take action after a crime, but our role is to prevent the occurrence of such crimes by identifying mischief mongers and also creating awareness among potential victims,” Deputy Superintendent of Police (Traffic) D. Muralidhar, who is in charge of the Shakti teams, told The Hindu.