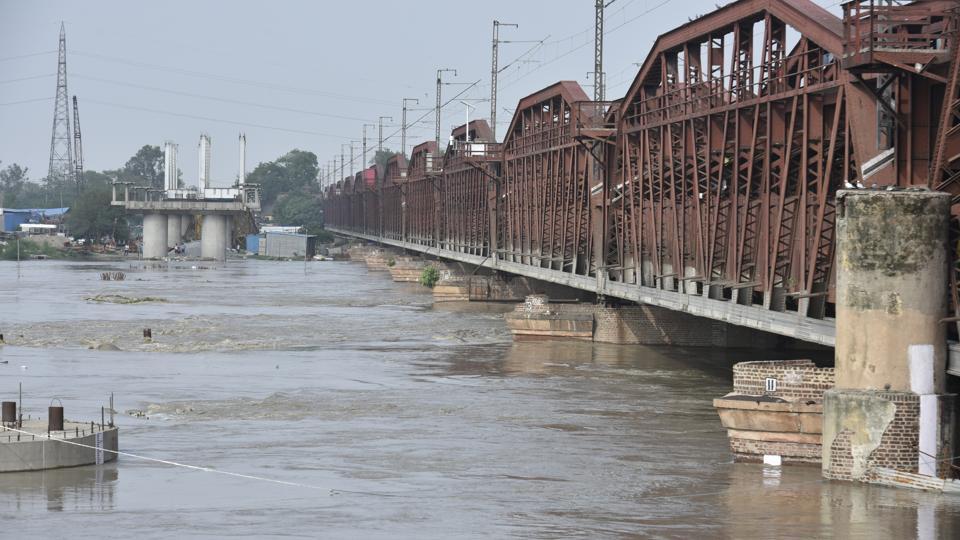 According to Delhi government statistics, the river was flowing at 205.36 metres, just above the danger mark of 205.33

NEW DELHI: Chief Minister Arvind Kejriwal said that since more water has been discharged from the Hathini Kund Barrage in Haryana, the level of water in the river is likely to rise further.
In the low-lying areas in Delhi, near the Yamuna river, water levels have increase manifold, causing the Delhi government to launch evacuation programs for the people living in these areas.
The old ‘Loha Pul’ was shut down for vehicular traffic as well. Kejriwal issued notice that the coming days would be ‘critical’ and reassured public that the government is providing all sorts of arrangements to deal with the situation.
More than 23,800 people may have to be evacuated from the low-lying areas near the Yamuna river. Living arrangements as well as food and clothing will be provided to them at different centres across the national capital. Relief tents have been set up at different parts of the city. Around 2,120 temporary shelters have been set up. People are being provided with food, water and other facilities there.
The infamous Nigambodh Ghat also came under the wrath of the flood as water from the Yamuna river entered the front portion of the ghat. This led to a disruption in the performance of last rituals for a lot of people present at the ghat.
Kejriwal urged people to not panic and to have faith in the government. The Delhi government is trying its best to ameliorate the situation.