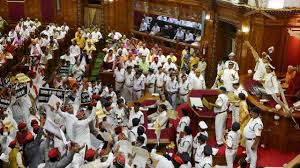 After the approval of the State Cabinet last week the proposed law was tabled in the Assembly on Wednesdahy. The UPCOCA was drafted by the BJP government after an “intensive study” of the stringent MCOCA in Maharashtra.

Opposition parties have have joined hands to oppose the Uttar Pradesh Control of Organized Crime Act, 2017 (UPCOCA) introduced by the State’s BJP government. They fear that it could potentially be used as a weapon to suppress rivals, settle political vendetta and target specific communities.

While the Yogi Aditynath government has described the proposed law as a remedy against organised crime, the Bahujan Samaj Party chief Mayawati demanded its rollback, claiming it could be used “as a political weapon” to “oppress” the poor, Dalits, OBCs and religious minorities.

The four-time former Chief Minister alleged that the BJP government was already targeting and picking out members of specific communities in its drive against mafias and goondas. Innocent Dalits, OBCs and Muslims were being made victims of “hate and oppression” through the “vindictive and casteist” policy of the BJP government and put behind bars in false cases, she said.

Incidentally, a similar law was passed by Uttar Pradesh government during Ms. Mayawati’s rule in 2007-08, but it was withdrawn after the then President Pratibha Patil refused to give it her assent.

Samajwadi Party chief Akhilesh Yadav also opposed the law, saying it was only being brought to “deceive the people” and “intimidate leaders of other political parties.”

“First the CM said law and order would improve after encounters. But it only got worse. Now they are saying UPCOCA. This is to deceive the people…UPCOCA will not improve law and order,” he said, recalling the recent murder of a former BJP MLA’s son in the heart of Lucknow.

The police would be givin special powers by the UPCOCA, to arrest offenders and members of the crime syndicates. The Act will empower thw state to seize the property of such people after taking the consent of a special court constituted to hear the cases. Properties acquired through illegal activities and organised crime would also be seized.

Some of the crimes defined under the UPCOCA are: land grab [government and non-state property], illegal mining, manufacture and sale of illegal medicines and illicit liquor, money laundering, wildlife smuggling, extortion, abduction syndicate, hafta collection, murder and conspiracy to murder and white-collar offences.

If found guilty, offenders would face a minimum jail term of three years and a maximum of life imprisonment or even death sentence. The accused will not be granted bail for six months after the arrest. The UPCOCA has 28 provisions in addition to the Gangsters Act, the existing law against organised crime in U.P.

“Once arrested under UPCOCA, not only their contract will be cancelled but the administration will also withdraw the security provided to them,” added the official.

The likes of Mukhtar Ansari, Brijesh Singh and Atiq Ahmed, accused in heinous crimes, are behind bar yet they move with gunners and grab the contract floated by various government with ease.

“Once they are arrested under UPCOCA, the police will not only confiscate their property but also withdraw gunners and ensure that their gangs do not grab contracts as well,” said the official.

Can ‘UPCOCA’ be misused by government ?

To curb arbiytrary cases there are provisions in UPCOCA. Under the approval of the divisional commissioner and two-member committee of IG or DIG will be filed any lawsuit. Before issuing After deliberation charge sheet will be allowed to ADG or IG. There should be two chargesheet in cases of organized crime.

UP government has also constituted an appellate authority headed by High Court retired judge under coca. If someone has framed the wrong he may appeal to the Authority against the action. 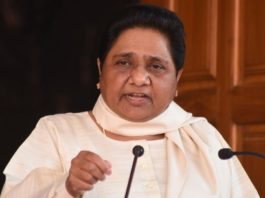 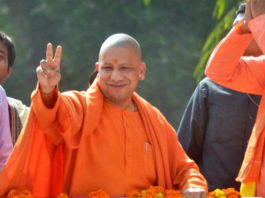