The latest report paints a picture, with a continuing rate India will become the most populous country by 2050.The children who largely constitute a pivotal picture in this scenario are classified as the most vulnerable category. It is their right to demand safe & secure haven for their well-being and development.With the rapid urban migration taking place has led to a rise in the blue-collared labour force. And providing a congenial environment & surroundings for their growth becomes difficult especially during their primitive growth years.On top of that, the socio-economic conditions binds them to a work cycle which constantly keeps them on move. This in turn affects a child’s development, education, health and overall well-being in the long run.

Recently in news, it has been reported that creches have been made mandatory for the employees of Delhi-NCR corporate firms. And the understanding drawn from an above painted picture, highlights the importance of creches for the blue-collared labour force as well. Devika Singh with her organization, the Mobile Creches is one such organization working to tackle this issue.

Even with the established and planned anganwadis, a need for creches have been cited repeatedly. The limitation here observed is because of the stipulated hours offered by anganwadi workers to the children, making it difficult to look out for their safety and well-being which is a major concern for the mothers of this workforce.

During the 50th Gandhi Centenary celebrations, a usual day-to-day view took a different meaning for Meera Mahadevan. When she saw a child lying in open under scorching heat untended and a humane reaction was a natural consequence of it.But the incident left such an indelible impression that she took upon herself to take a substantial step.On March 16, 1969 Mobile Creches came was formed with a small beginnings of charpoy, wobbly tent, few toys and children together.

Soon, she was joined by her surviving friend, Devika Singh with whom she later took to collect other like-minded people. These people were equipped with basic skills and less than a high school certificate in education. With an aim to remain devoted to the cause, of working for Early Childhood Care and Development (ECCD) for over the years. And ensuring the childspace in terms of toys, surroundings, visual materials and settings are in-touch with the nativeness instead of opting for an outsider approach.

This was a step towards bringing a little ease for these women who were essentially working at the cost of neglecting their small children and the older children shouldered the responsibility of being pseudo parents at the cost of their education & carefree childhood.The construction sites were their prime area of focus who bore the brunt of migration and instability mainly due to their occupation’s nature. Parents were seen resorting to various practises such as locking them inside, keeping them on leash, leaving them to wander, dropping them with money which more than often was used for malpractices like drugs, gambling etc.

The Mobile Creches’ initiatives at core are based on four components- health hygiene, nutrition, community engagement & education. Presently, these programmes cover a gamut of topics for providing support which is crucial in breaking the poverty cycle and alleviation of issues pertaining to children welfare & development, unplanned urbanization & urban poverty.

Apart from the Delhi slums, with the spreading geography to Pune and Mumbai, two other organizations were founded and each were given a credit in 2006. Thereby, splitting Devika Singh led organization into three parts – Mobile Creches in Delhi, Mumbai Mobile Creches and Tara Mobile Creches in Pune. Beyond an organization working for the ECCD, their advocacy programme allowed Mobile Creches to be a vital part in multiple reforms and policies such as restructuring Integrated Child Development Scheme(ICDS), providing inputs for the National ECCD policy, reviving Rajiv Gandhi Creche Scheme, working on defining clear provisions for creches under Builders & Other Construction Workers Act.

Formulating policies in alliance with important organizations & bodies such as the Planning Commission, Ministry of Women & Child Development (WCD), Delhi Commission for Child Rights Protection (DCCRP) and campaigns such as India Alliance for Child Rights, Right to Food Campaign etc. And the most important landmark is of co-founding the Forum for Creches and Childcare Services (FORCES) at the national level, with Mobile Creches as Convener for the Delhi Chapter.

The Mobile Creches has worked at both ends of the spectrum i.e. working on grassroots level and providing inputs

for government policies & planning for offering suggestions formed from on ground demands witnessed, working as a voice for this section & central ideation to provide visibility to child related issues e.g. the Right to Education (RTE) and for securing grants for present activities, initiatives & plans.

The Mobile Creches has expanded on a base idea centred around,“Early Childhood Matters”. The work in the social sector has now evolved into a family legacy with Devika Mahadevan as the Board Member at Mumbai Mobile Creches. The Mumbai Mobile Creches have several other initiatives and programmes which is a welcome addition to the Mobile Creches as an organization. Some of which are Child-to-Child programme, Bal Palika training, Building Childcare Capacity training programme, Chai Pani Meetings, Lokdoots, Care on Wheels -The Mobile Bus for unfeasible locations, educational outings like participating Kala Ghoda Festival, Puppet Exhibition, Annual Camp, Book Launch etc. and simultaneously working for government policies and programmes.

And the Tara Mobile Creches founded in Pune has some of their functional programmes on a base principle linked with other organizations. And some remarkable are Mitra Mandal, educational teaming with the Door Step School-Pune, camps, seminars & workshops and helping with admissions in hostels e.g Seva Sadan. The Tara Mobile Creches has actor Boman Irani as an ambassador and with fundings & donations from organizations such as Schindler, Asmae, Central Social Welfare Board,terre des hommes, Karve Institute of Social Services, Sangam India, Rathi Builders, Shapoorji Pallonji & Co. Pvt. Ltd., Godrej Properties Ltd. mentioned from the list.

For bettering and developing ECCD:

The Mobile Creches marks more than 50 years of its existence with several prominent events, memorial lectures & fundraisers hosted by them. Besides the volunteering programmes present in other organizations as well. The Mobile Creches has reached out to approximately 8,67,000 children with 1000 Daycare centres, partnering with 250 builders and 6,500 women are trained as childcare workers till date. And a strong network of 100 partners, the Mobile Creches has reached out to 14,000 children every year, ranging from child at birth to children under the age of 12, for ensuring smoother transition into the municipal schools and for the continuity, to secure better lives and livelihoods. Also, the other two organizations -Tara Mobile Creches and Mumbai Mobile Creches have numerous other centres and developments as a part of their base expansion plan.

The Mobile Creches and its related organizations even provide monetary aid for school enrolment fees and other education, health and well-being related expenses, guidance & counselling to parents during pregnancy,child rearing etc. and to their children as well, in times of need.The children are encouraged and supported to participate in competitions with global exposure and involvement.

A vision and a mission :

For their commendable work done over the years, the Mobile Creches has been awarded TIMES NOW ‘Amazing Indian’ award in 2013, Platinum Certificate by Guide Star India in 2018, Plan India – Best Design and Implementation-Non Global Award in 2013 with many others.

With India’s total labour force recorded as 21.8 %, a decline from previous year as per World Bank’s 2019 Report. A vision of late Meera Mahadevan and propagated by her friend, Devika Singh who is now serving as an advisor, has created an impact with a substantial step taken. The Mobile Creches and its organizations are making that small change towards helping and elevating women with a freedom of financial security, by being their guide and a pillar of support in the crucial phases of life. 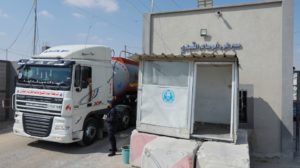