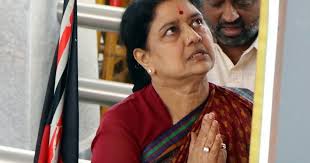 A search operation following inputs was launched in the office block and a room used by jailed and deposed AIADMK leader VK Sasikala at “Veda Nilayam,” the Poes Garden residence.

“We have not searched the entire Poes Garden premises. Our team went at 9 pm and only Poongundran’s room, records room and other room used by Sasikala were searched”, the top Income Tax official told.

Poongundran had served as an aide to the former chief minister.

The income tax officers seized a laptop and said that they would search it soon.

Friday’s search comes days after multi-city searches in 187 locations linked to ten income tax assess groups which include those linked to Sasikala, her kin and some associates.