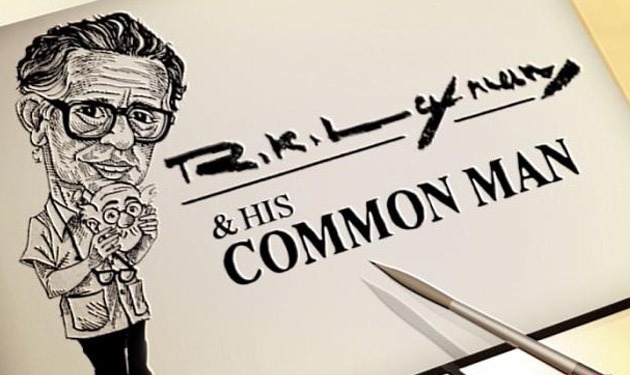 Rasipuram Krishnaswamy Laxman or R. K. Laxman (1921 - 2015) was a cartoonist, best known for his creation 'The Common Man'. Read within to know more of this Indian legend also known as the man of humor.

“There are would-be geniuses in the field of Indian journalism, and there are individuals aspiring to be geniuses, but I have long been clear that there is only one unambiguous genius among Indian journalists, and that is R K Laxman,” said N. Ram, Editor-in-Chief of The Hindu, speaking as chief guest on the occasion of the conferment of the Yashwantrao Chavan National Award for 2003 on the celebrated cartoonist Mr. R K Laxman.

A cartoon can have a more powerful effect on the public consciousness than an editorial or a fiery speech, even many fiery speeches. Eminent cartoonist R K Laxman used his iconic ‘common man’ character to create satire targeting politicians for more than five decades. He has been at work continuously for the last 58 years, recording the errors and foibles of India’s political leaders, business barons and self-appointed gurus from an unsparing, fiercely independent viewpoint. He also sketched for his brother R K Narayan’s stories.
He had an itchy hand to draw cartoon even as he studied politics, economics and philosophy from Maharaja’s college, Mysore. As a little boy, Laxman was highly inspired by David Low, a political cartoonist from a university in London. Destiny made them meet later in 1952 while R K Laxman was working in Mumbai for the Times of India.
Political upheavals, space research, price rise, joblessness, life on the footpath, slum-dwellers, changing cities, water scarcity — those were just a few amongst thousands of subjects he covered. He was usually referred to as the ’Man of Humor’. His humor did not always make you laugh: it was often grim, ironic, and impaled politicians for their generally corrupt and exploitative ways.
One thing I like about R K Laxman is that he made politicians look human; otherwise we have almost made them our gods. That’s what I find great about Mr. Laxman.

Below are a few quoted words straight from R K Laxman that clearly manifest his coherence towards life :

• “I don’t look at the world the way everyone does. I enjoy watching people go up and down the corridors of life from my corner wondering where streams and streams of human population are heading and for what. It makes me depict them the way I do.”
• “Cartoon as an art is dying. There is no originality in the cartoons of today. They boil down to being rubber stamps with a caption. It doesn’t tickle your sense of humour (if you have one) nor does it provide food for thought. It is the political events that dictate the punch in a cartoon. What passes off, as politics today is nothing but criminal activity. All that you get to read in newspapers is politically motivated murders, brutality and criminalization of governance. Reporting is thriving on sensationalism and crime. Newspapers have lost their relevance devoid of punch in editorials and main articles. Cartoons have turned into mockery without sense.”
• “No polarisation is healthy, only unity is a healthy phenomenon. There is no leadership in this country. The likes of Narendra Modi will help. At least in India some of us are aware as to where we are heading but the US is unaware of where it is going!”
• “From the beginning I was fascinated by human figures, the way they stand and sit, the way they lift someone else’s hand to check the time and drop it.”
• “Nothing in my life has been intentional. It’s all an accident. I was a humble philosophy-economics-politics student, studying autocracy-plutocracy-democracy; banking-currency-inflation; Vedanta-Plato-Socrates. Where did cartooning come in from? From the very beginning why did I take such an interest in the tree and how to draw and paint it? Nobody told me to. I used to cycle for miles with my sketchbook in Mysore, which was a very congenial place for an artistic fellow. If I’d been born in Bombay, I think I would have been on the Stock Exchange, Harshad Mehta maybe.”
• “My common man is omnipresent. His simple dhoti and checked coat could be anybody’s. His bald head could belong anywhere; his dhoti could be the Malayali mundu too. He’s been silent all these 50 years. He simply listens.”