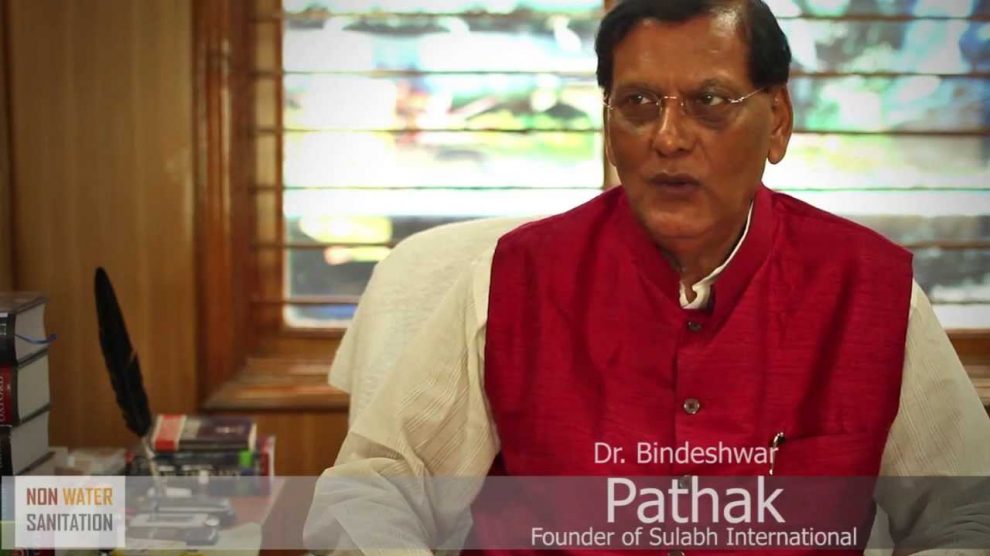 Sulabh International, an initiative by Dr. Bindeshwar Pathak raises awareness among people to build toilets and stop defecating in open.

It’s easy to build a toilet, but to shift people’s heart and soul towards its use is the real hard work. Sanitation in a country like India is a serious issue. According to study, if 774 million people living without a household toilet in India stood in a queue, it would stretch from Earth to the moon and beyond. Cleaning this line would take at least 5,892 years if each person took a minimum of four minutes to use the toilet. Sanitation is the major problem we are facing today. So this problem is needed to be eliminated from our society as soon as possible. A man named Dr. Bindeshwar Pathak has headed a movement to overcome this problem. Due to his efforts and decisions, he is now known as The Toilet Man of India.

The urgency of Building Toilets: – According to the reports given by the UN experts, around 595 million people living in India today doesn’t use a toilet and defecates in open. People living in India have more access to mobile phones, internet connection than toilets. Earlier in ancient time, women had to wake up early so that they can feces in open before anybody sees them. Many rape cases have already been registered when women have gone out for feces. This old age practice was neither safe, hygienic nor comfortable. This problem is needed to be eliminated urgently. This can only be resolved by building toilets and changing the mindset of people.

The mindset of people: –  Apart from developing sanitation facilities for people, their mindset has to be changed first. People think defecation in open is no threat to their health. Many mothers believe children’s feces are harmless and practice unsafe disposal even in households with access to sanitation facilities. People having toilets don’t use them properly and hygienically. So they should learn how to use them properly. For making a change in society we have to simultaneously build toilets and change the mindset of people towards it.

Sulabh International: –  Sulabh movement is the mission raised by Dr. Bindeshwar Pathak in 1970 to raise awareness of better hygiene through the building of toilets across the country. His motive is to promote human rights, non-conventional source of energy, safe sanitation, and waste management through education. He has done many house to house campaigns to make people aware of the importance of toilets and types of diseases caused by not having toilets. Around 50,000 volunteers are working under him. He has built around 1.3 million households toilets and managing 8,000 public toilets all across the country. He is now the brand ambassador for Swachh Rail Mission of Indian Railways. He has done an appreciable amount of work in the field of sanitation and hygiene. His work has been rewarded and many awards have been presented to him.

Other Campaigns: – Apart from Sulabh International campaign there have been several movements running simultaneously.  “Clean India” campaign initiated by Prime Minister Narendra Modi is the government’s major priority. A target was set to build toilets in all houses by 2019 as a tribute to Mahatma Gandhi. Also, a man named Ishwar Patel has constructed over 2,00,000 toilets along the bank of the Ganges.

Conclusion: – We the people of India have to take self-initiation to take part in Clean India and motivate people to use toilets carefully and hygienically.

10 kind of Friends you have in Jaipur
Vaishali Sharma, deaf women who conquered UPSC CSE twice