The Indian Wire » Places to Visit » 5 Unique Temples of India 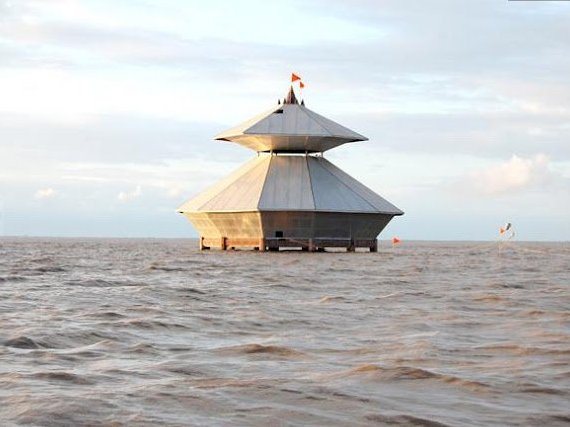 Temples are a sanctified place which draws several devotees from various sects of the society. Considered to be the divine abode of the lord, this pious place is symbolic to many where they entrust their complete devotion to the supreme power. India a home to several magnificent temples popularly known for its extravagant and splendid architecture also have quite a few temples which are unique and one of its kind.

Here is a list of five unique temples of India. Gear-up to stay amazed!

Hampi’s crowning glory and the epicentre of a major tourist attraction, Vitthala Temple is believed to have existed from the 16th century. One of the preeminent features of this temple is the musical pillars. The richly carved seven giant monolithic pillars of the Maha-Mantapa supporting the roof emanate the seven notes from the representative instrument, varying in sound quality based on whether it represents a wind, string or percussion instrument. Although these tones don’t belong to a standard musical note, the melodious vibes have earned themselves a name. Tapping on it is banned now for its preservation.

Planning to go abroad, but your visa is giving you problems? Worry not! Visa Balaji is the answer to all your problems.

Chilkur Balaji Temple aka the Visa God, located on the banks of Osman Sagar Lake near Hyderabad is one of the oldest temples in Hyderabad built during the time of Madanna and Akkanna, the uncles of Bhakta Ramadas. It has been said that during 1980′s few of the students who faced rejection at the Chennai US visa consulate came here, prayed and then their wishes were fulfilled. Since then the temple has acquired the reputation of granting the elite American Visa and with the strengthening of the belief in the visa God, the temple is almost crowded all the time.

The striking feature-no green channels or special privileges for VIPs.

What’s unique: It disappears only to reappear.

Popularly known as the Disappearing temple, Sthambeshwar Teample is located in the Gulf of Cambay –Gujarat. This temple of lord Shiva can be seen only during the hours of low-tide. The temple is completely submerged during the high-tide hours. People flock this temple in large numbers to witness the event of submerging or re-emerging of the temple from the sea.

What’s unique: The houses in Shinganapur village have no doors, all thanks to the guardian god Shani!

The self-evolved deity of Shinganapur (Nasik, Maharashtra), Sri Shaneshwara or Lord Shanidev- the personification of the planet Saturn is worshipped with utmost reverence and devotion by multitudes of people from all over the world. The houses here have no door- frames or locks on them for safety as people here believe that it is the benediction of the god that no crime ever occurs in this village. The villagers consider this temple as an ‘Alive temple’ as they believe that this deity is very powerful and leaves no theft unpunished. In 2011, the United Commercial (UCO) Bank opened a ‘lockless’ branch in this village, the first of its kind in the country, taking note of its near-zero crime rate.

The striking feature- unlike other pilgrimage centres, devotees here can perform puja or abhishek or other religious rituals by themselves.

What’s unique: Royal Enfield is worshipped as the main deity.

Venturing out on a journey on your motorcycle? Don’t forget to seek the blessing of ‘Bullet Baba’. Located in Pali district near Jodhpur, the Om Banna Temple is revered by hundreds of riders and travellers who visit the place to pray to the Motorcycle Deity for a safe journey. The legend of this temple goes back to 1988, when a rider named Om Singh Rathore was travelling from Pali to Chotila and met with an accident where he died falling into a ditch. The Motorcycle was recovered by the Police who kept it in the nearby police station. However, the next morning the motorcycle was miraculously found at the accident spot again. Even though the police tried defueling and locking or chaining the vehicle, the motorcycle kept returning to the same ditch. This was seen as a miracle and hence the motorcycle was placed in a shrine built near the accident spot which serves as a temple and a memorial for Om Banna.

The striking feature-Devotees offer liquor to the deity.

Have you come across any other unique temple? Share it with us in the comment space below!