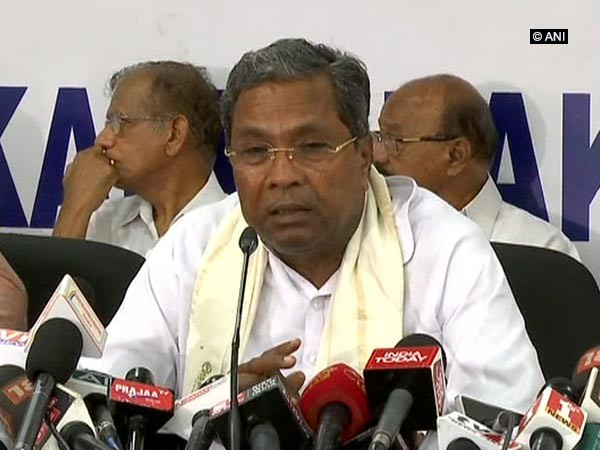 In a major blow to Congress–JD(S) Coalition government in Karnataka, Two Legislators of Congress including rebel Ramesh Jarkiholi on Monday tendered their resignations to Karnataka Assembly Speaker. Jarkiholi, who was upset with the party for a long now, slammed the coalition government and said he was ignored by the party.

While earlier in the day, Congress Lawmaker Anand Singh also tender his resignation in a bid to protest against the coalition government plan to sell over sell over 3,667 acres in Ballari to JSW Steel Ltd.

Speaking to media after the resignation, Singh confirmed the news of his resignation. H added, ‘I am unhappy with the coalition government’s decision to sell the land to Jindal steel firm’. Singh represents the Vijayanagar assembly constituency in Ballari District of the State.

Soon after the resignation of two Lawmakers, CLP Leader SG Siddharamaiah called a Congress Legislature Party meeting at his residence in Bengaluru to take stock of the situation.

In the meantime, Congress State Chief Dinesh Gundo Rao slammed BJP and accused it of making efforts to topple the coalition government.

‘Couple of MLAs will go but it doesn’t mean the government will fall, they are going because they threatened them, blackmailed them & offered money. Why is BJP doing this?’, he told reporters on Monday.

Dinesh Gundu Rao, Karnataka Congress President on two Congress MLAs Anand Singh & Ramesh Jarkiholi resigning: Couple of MLAs will go but it doesn't mean the government will fall, they are going because they threatened them, blackmailed them & offered money. Why is BJP doing this? pic.twitter.com/ZQ6fLTVvS7

While Chief Minister HD Kumaraswamy also jumped in the moment of crisis. In a tweet, he said, ‘I am observing all the developments in the state from here. BJP is daydreaming of toppling the state government.’

Congress and JD-S Coalition government in the state is facing threats and patches since it is formed last year. The rough-patches between JD(S)-Congress came to the forefront during a run-up to the national polls in the Karnataka with leaders of both parties accusing each other.

While last month he appointed two Congress Lawmakers as Chiefs of State Board and Corporation.