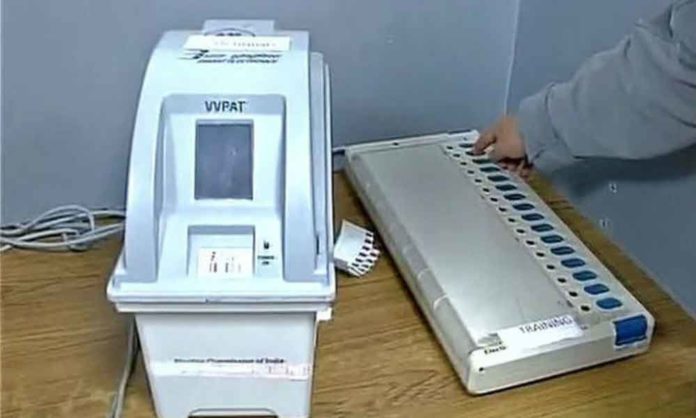 A day after the third phase of the Lok Sabha polling ended, 21 opposition parties filed a review petition seeking the Supreme Court’s order for 50 percent verification of VVPAT slips. The demand was put forward by the opposition parties like the DMK, TDP, and AAP.

The petition filed by the 21 opposition parties will be heard by the Supreme court today.

In the previous petition that sought the verification of 50 % of VVPAT slips, Supreme Court had directed the Election Commission to verify five VVPATs per constituency.

The party leaders made the announcement in a press conference in Mumbai right after the third phase of polling for the elections.

A petition was filed in the Telangana High Court that claimed that the VVPAT slips and EVM votes did not tally. However, this should not be the case because VVPAT generates a slip each time a voter presses a button in the EVM.

Previously when the opposition parties demanded a 50 percent verification, Election Commission turned the request down by saying that 50 % verification of VVPAT in every assembly constituency will delay the Lok Sabha election results by 5-6 days. The Election commission has told previously that verification will amount to a negligible increase in confidence in the voters as 99.99% already believe in the fair working of EVMs.

The Election Commission also put forward the need for manual labor in every constituency to match the verification of VVPAT that will be time-consuming. Supreme Court thus, turned down the plea earlier this month.

Lok Sabha polling for the 17th Lok Sabha elections started on April 11 and will continue till May 19. The results will be announced on May 23.