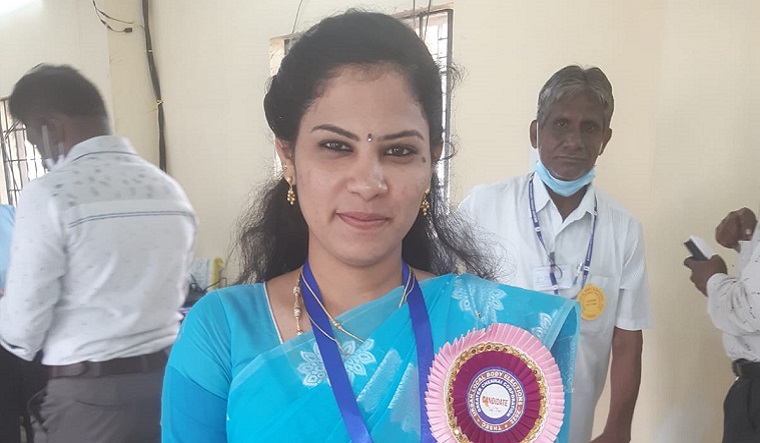 28-year-old R Priya set to become Chennai’s first Dalit woman mayor since the corporation was established 334 years ago. The DMK, the one in majority, has nominated her for mayor’s election in Greater Chennai Municipal Corporation. The indirect elections for the post of mayors, deputy mayors in corporations and chairmen in municipalities and presidents in panchayats will be held on Friday. R Priya will be the third woman mayor for Chennai after Tara Cherian (Congress, 1957-1958) and Kamakshi Jayaraman (DMK, 1971-1972).

In the Greater Chennai Corporation, the DMK has 153 councillors of its own out of the total 200 wards. With allies, the ruling party has another 25 councillors. As the government is going for indirect elections, Priya’s election on Friday to the top post in the city is a formality.

Priya has contested an election for the first time and she was elected as councillor from ward No 74 in Chennai’s Thiru-Vi-Ka Nagar in the urban local body polls held on February 19.

She has pursued an M.Com degree but has been closely associated with politics since her father R Rajan is a DMK functionary who has been with the party from 1987. At the age of 18, Priya joined the DMK. Priya is filling large shoes as the current chief minister M K Stalin (1996-2002) and health minister M Subramanian (2006-2011) have had stints as Chennai mayors. Priya’s father said, for his daughter the duo will be her role models. “She feels like she has a huge responsibility and service to fulfil,” said Rajan.

Since late former chief minister J Jayalalithaa introduced 50% reservation for women in local bodies, partymen’s wives, sisters and daughters began to be fielded. In several instances these men still ran the show while the women councillors were present in the council hall only as tokenism. Only time will say how Priya would handle this issue.