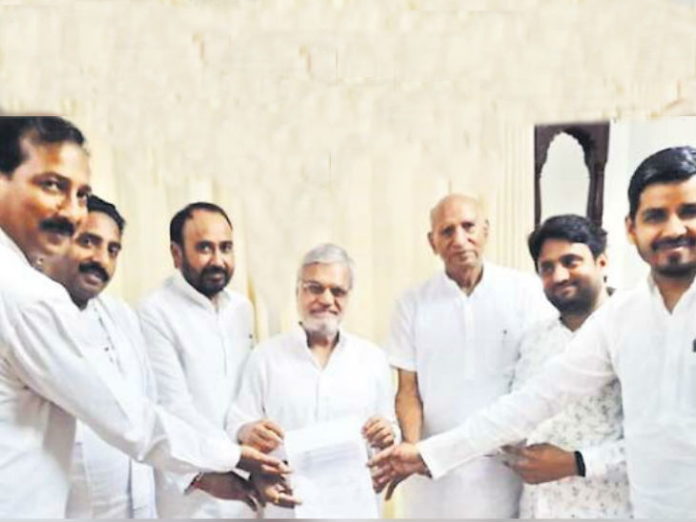 Till now, Congress had the support of BSP leaders from outside in the state. But now, the induction of all 6 members of BSP has increased the stronghold of Congress party. Rajasthan assembly speaker CP Joshi has cleared the membership process of these leaders and said there exist no legal difficulties of any sort in the member’s joining.

The name of leaders who joined Congress-

The leaders took the membership of Congress on Sunday. Rajendra Gudd said that he was impressed with the working of Chief Minister Ashok Gehlot. He further said that the leaders want to fight against the communal forces. Nadbai legislator Jogendra Singh Awana also said that it was getting difficult for them to support the Congress from outside as BSP was fighting asgint Congress in the panchayat elections. The leader said that finally, they have deiced to go with the development of the state and stability of the government.

It is speculated that the newly inducted members of BSP might be rewarded for their commitment to the Congress party. It is highly rumored that these MLAs might also get a seat among Ministers.

It is also expected that RLD leader Dr. Subash Garg will also join the grand old party. His role is said to be very instrumental in the induction of BSP members into the Congres.