The Indian Wire » Politics » Lok Sabha Polls 2019: Amid ‘Yes’, ‘No’ and ‘Maybe’ for Alliance with Congress; AAP appoints Sanjay Singh for Talks 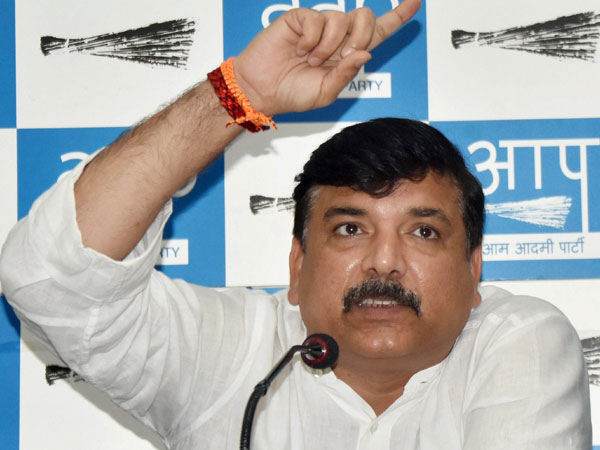 Day after attacking and discussing poll tie-up on Twitter, Delhi Deputy Chief Minister Manish Sisodia on Tuesday said that the party has appointed Senior Leader and Rajya Sabha MP Sanjay Singh to hold Alliance discussions with Congress. He said Congress President Rahul Gandhi should also do the same to hold deliberations for 18 Lok Sabha Seats of Delhi, Haryana and Chandigarh.

Sisodia tweeted, ‘AAP has named Sanjay Singh to carry on the dialogue with the Congress. Rahul-ji should also nominate a person who will be able to sit down with AAP and develop the strategy to beat the BJP on 18 seats across Delhi, Haryana and Chandigarh.”

It is noteworthy that Congress President breaking his silence for the first time on Monday said that party is ready to give 4 seats to AAP in the National Capital. However, He trades barbs on Delhi Chief Minister Arvind Kejriwal for taking a ‘U-Turn’

Rahul Gandhi’s jibe towards Delhi Chief Minister drew a sharp response from the AAP Chief who blamed Congress for not being serious and merely talking. Reacting on the Rahul Gandhi’s tweet, Kejriwal tweeted back.

In a tweet made after almost 40 mins after Congress President tweet, Arvind Kejriwal said, Which U-turn? The talks are still going on. Your tweet shows that you are not serious about the alliance. I am sad that you are indulging in rhetoric. Today it is important to save the country from the danger of the Modi-Shah duo. It’s unfortunate that you are helping Modiji by dividing anti-BJP votes in UP and other states,” Kejriwal tweeted in Hindi.

Delhi for all 7 Lok Sabha Seats will go to polls on May 12. The Poll Commission is expected to release notification for the same soon and the last day to file nomination in the national capital is April 23.

The recent development and comments from both the parties came days after a fresh round of deliberations remained inconclusive. It was claimed that AAP wanted seats in Punjab and Haryana too that irked Congress. The same reason that forced AAP not to drag alliance talks more.

AAP in a run-up to the mega polls 2019 has already announced candidates on all seven seats of Delhi.