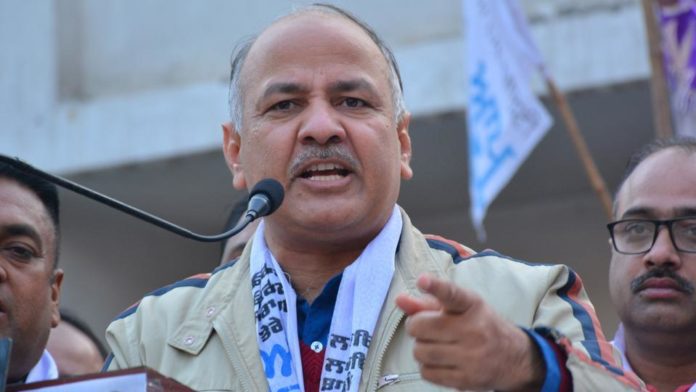 As the fresh alliance talks with Congress struck over seat sharing, AAP without wasting much time has chalked out its poll strategy for Punjab for the mega game of ballots. The Delhi ruling Aam Aadmi Party has announced that Delhi Deputy Chief Minister and AAP Punjab State In-Charge Manish Sisodia will kick off party poll campaign in the state from April 15 from Sangrur Parliamentary.

‘Sisodia will address volunteers and workers and further chalks out the poll campaign for Punjab’, said AAP Punjab Campaign Committee Chief Aman Arora. Addressing a presser in Chandigarh on Thursday Arora said, AAP will soon start its poll campaign for the Lok Sabha Seat where candidates have been finalized.

The AAP has so far named candidates on 10 seats out of the total 13 Lok Sabha Seats of the state. The party has named Neena Mittal from Patiala, Harjinder Singh alias Kaka Sran from Ferozpur, Jora Singh from Jalandhar, Baljinder Singh Chaunda from Fatehgarh Sahib and Peter Masih Cheeda from Gurdaspur among others.

Arora who has been tasked to look after campaigning in the state has already formed 6 member team.

Further talking about strategies for the mega polls 2019, Arora said state unit president Bhagwant Mann would be the face of the party in the parliamentary polls and lead its election campaign in the state.