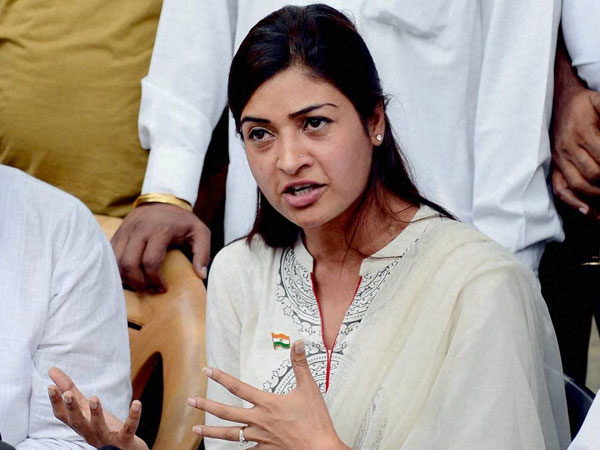 Amid rift with the party, AAP Lawmaker from Chandni Chowk Assembly Seat Alka Lamba said she will not participate and campaign for her party in the national elections, due for May 12 in the national capital. Claiming she has been sidelined by the party in last 4 months, Lamba said she will continue to serve the people of her constituency (Chandi Chowk) but will not participate in any type of campaigning in favour of the party.

‘From the past 4 months, I am seeking time to meet Leaders of the party but no one responded to my request, So I have decided not to campaign for the party’, said AAP MLA from Chandni Chowk.

She has been sidelined by the party after she claimed in December last year that she has been asked to resign following the controversy in Delhi Assembly over revoking the Bharat Ratna from Prime Minister’s Rajiv Gandhi.

Lamba also accused AAP MLA from Greater Kailash Saurabh Bhardwaj of creating a rift between her and the party. Both – Bhardwaj and Lamba was recently in a war of words on the social networking site Twitter.

She also took a jibe at Party by quoting the tweet of AAP Punjab MLA quit to join AAP.

Earlier it was speculated that she may join back Congress in a run-up to the national elections.

While AAP in a run-up to the national elections had on Thursday released its manifesto focusing on the full statehood to Delhi. AAP in the national capital will take on Congress and Bharatiya Janata Party.