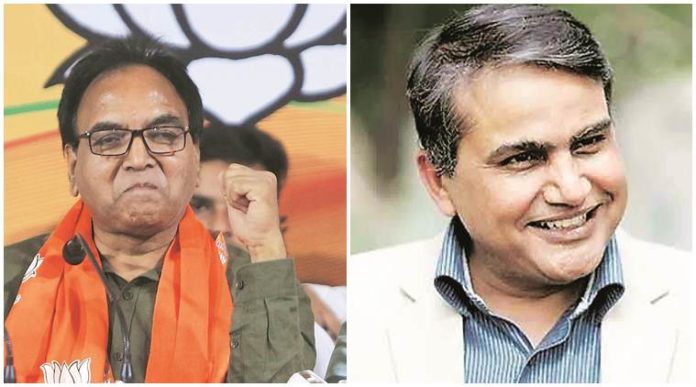 The two Lawmakers – Anil Bajpai from Gandhi Nagar and Devinder Sehrawat from Bijwasan – had joined the Bharatiya Janata Party (BJP) on May 3 and May 6 respectively. Speaking to media, Bajpai claimed that he is hurt by lack of respect and slammed party for distracting from the original path.

While Sehrawat had become a strong critic of the party and was suspended from the party in 2016 citing anti-party activities.

AAP Spokesperson Bhardwaj further said that the party has moved a petition against the rebel MLAs in a bid to disqualify them from the Delhi assembly.

The latest development comes months ahead of the Assembly polls in Delhi.

Responding to the development Sehrawat said he had received a notice from the Assembly speaker, while Anil Bajpai claimed that AAP’s petition has no merit as the case of the office of profit against him is still sub-judice.

Further said, both the then MPs of BJP – Kirti Azad and Shatrughan Sinha – openly campaigned for AAP despite being members of BJP, on what basis AAP is seeking his disqualification from Delhi Assembly.