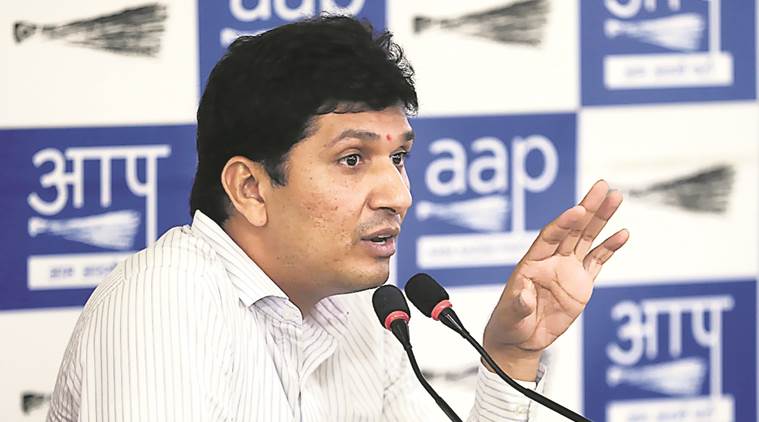 The Delhi ruling party, Aam Aadmi Party (AAP), on moved a petition in the Delhi Assembly before the Assembly Speaker Ram Niwas Goel seeking the disqualification of two more of its rebel MLAs.

In the plea moved to disqualify the rebels, Aam Aadmi Party stated that the Karawal Nagar MLA Kapil Mishra had on January 2019 ‘by way of campaigning for BJP at an event hosted by BJP Leader Vijay Goel’, has already given up the membership of AAP “

While seeking disqualification of Kumar, Saurabh Bharadwaj said ‘by way of stating that his party was now Bahujan Samaj Party” on February 1, 2019.

Earlier on June 10, the Delhi ruling Aam Aadmi Party moved to the Delhi Assembly Speaker Ram Niwas Goel, seeking disqualification of its two MLAs who joined the Bharatiya Janata Party in a run-up to the national elections.

The two Lawmakers – Anil Bajpai from Gandhi Nagar and Devinder Sehrawat from Bijwasan – had joined the Bharatiya Janata Party (BJP) on May 3 and May 6 respectively in a run-up to the national polls.

Following which Sehrawat moved to the Top Court challenging the disqualification notice served by the Assembly Speaker Ram Niwas Goel.

AAP Spokesperson Saurabh Bhardwaj had earlier said that the party has moved a petition against the rebel MLAs in a bid to disqualify them from the Delhi assembly.

Sehrawat had earlier claimed that he has not taken the BJP’s membership. ‘Even on the BJP dais, I had said that I have not taken the party membership. There is a due process before seeking my disqualification’, said Anil Bajpai as quoted by NDTV.