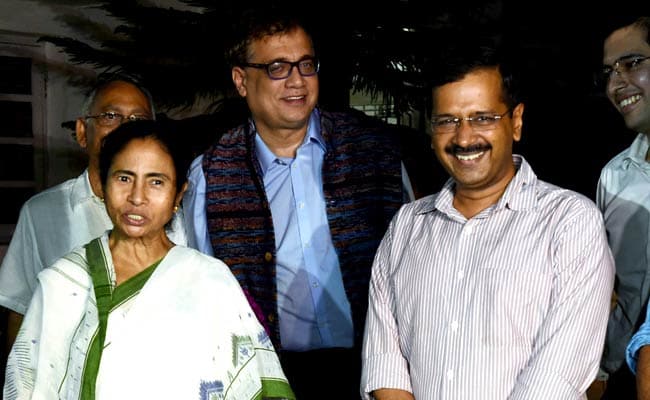 In a run-up to the General Elections 2019, Aam Aadmi Party has decided to host a mega rally of Opposition Parties in Delhi on February 13 against the Prime Minister Narendra Modi-led government at the Centre.

Informing about the rally, AAP Delhi Chief and Senior Leader Gopal Rai said, “Tanashahi Hatao, Desh Bachao” (Remove Dictatorship, Save Country) rally will be organized at Jantar Mantar on 13 February. All Opposition leaders will attend this rally against the Modi government.”

He added, ‘It will be attended by all those who had attended Mamata Banerjee‘s Kolkata rally in January,” he said.

Earlier on January 19, Leaders of more than 23 political including Delhi chief minister and AAP leader Arvind Kejriwal had attended the Kolkata rally held in Brigade Parade Grounds by Banerjee, who is a strident critic of Prime Minister Narendra Modi and one of the prime movers behind the efforts to cobble up an anti-BJP alliance ahead of the coming Lok Sabha polls.

With Lok Sabha Elections months away, AAP Mega Opposition Rally would help to bring the opposition leaders together and firm up a ‘Mahagathbandhan’ to challenge the BJP-led NDA, sources in the party had said.