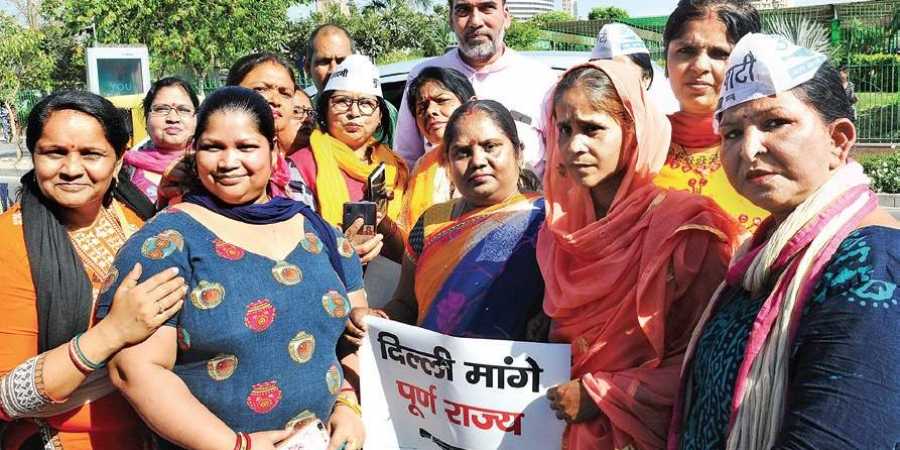 Intensifying its hunt for a victory in the national capital had early, the Aam Aadmi Party Women Wing early this week kicked off its Campaign reaching out to Metro Commuters with a letter by its Chief Arvind Kejriwal on the issue of full statehood.

The campaign that aimed to galvanize support for the party in a run-up the elections was launched at the Rajiv Chowk Metro Station.

Speaking about the campaign, AAP Delhi Convenor Gopal Rai said, ‘The Campaign will soon expand covering all the metro stations of the national capital.

Addressing a press on the occasion, Rai further said that people of national capital pay Rs 1.5 lakh crore as Income Tax and receive only Rs 325 crore from the Centre – a claim made by the party chief earlier.

He further said the national capital would get Rs 60,000 crore from Centre and it will help to develop the national capital. The money will be used to build new schools and colleges in Delhi, Rai said. With Full Statehood, Gopal Rai said, “Police will also come under the Delhi government and we will ensure the safety of women in national capital”

On the Occasion, AAP volunteers were present Rajiv Chowk Metro station and requested Metro commuters to support the AAP on the issue of Full Statehood for the national capital.

AAP in a run-up the general elections have already announced its candidates on all 7 seats of the national capital after alliance talks a fail alliance talk with Congress. AAP has also announced three candidates each in UP, and Bihar next month’s mega battle of ballots.

With Poll dates are announced, all the parties are leaving no unturned to outdo each other and woo voters in the upcoming battle of ballots. General Elections are slated for April-May this year that would spread on Seven Phases starting from April 11 to May 19. Election Commission had on Sunday declared schedule for General Elections 2019.