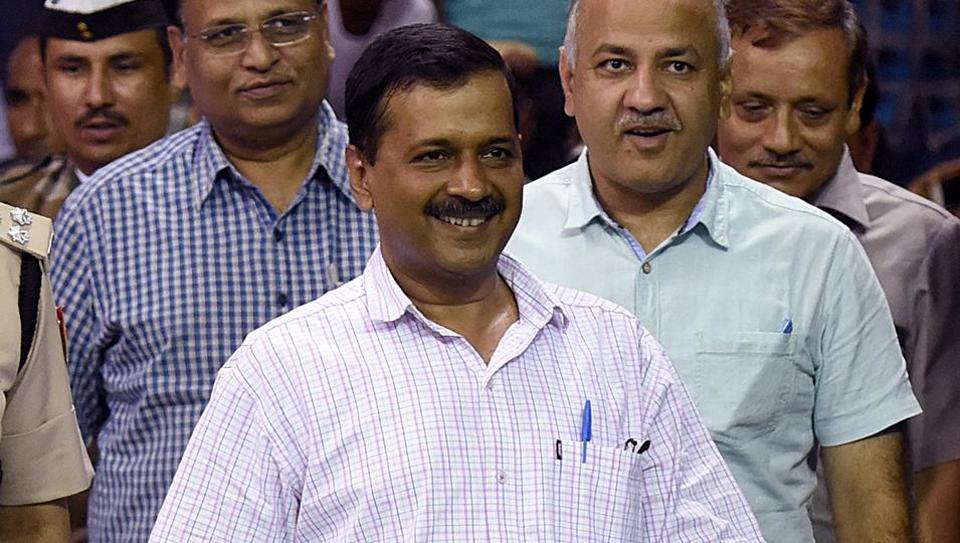 The Aam Aadmi Party came to power in Delhi after winning the Assembly Election of 2015, winning a majority of 67 out of 70 seats. During the ‘India against corruption’ movement between 2011 and 2012 started by Anna Hazare, Arvind Kejriwal and few other lawyers as well as activists pushed for the Janlokpal Bill; the party was formed by Arvind Kejriwal after differences between Kejriwal and Hazare stemmed from the fact that the former wanted political involvement in the bill while latter chose to remain politically neutral.

The party came to power on February 14th, 2015, and completed 3 years in office as of 2018. The AAP Manifesto 2015 shows promises by the state government, such as free water, free electricity, improvements in health and education, reduction in pollution, efficient management of waste, sanitation provisions, among a list in a 70 point action plan. So far, the government has invested heavily in the health and education sectors. While massive efforts being directed towards education with the state allocating a quarter of its budget to the sector, a lot of work is also being done in the health sector as well, with the state allocating nearly 12 to 15% of its annual budget to the health sector alone.

The annual budget proposed by the Delhi government for the fiscal year 2015-2016 amounted Rs. 41,129 crores, out of which the state allocated Rs. 3,138 crores towards the health sector, accounting for a 16.52% share in the budget.

This year, the Delhi government presented a budget proposal of Rs. 53,000 crores for financial year 2018-2019. In it, the government allocated Rs. 6,729 crores or around 13% of the annual budget towards health.

The Delhi government has taken certain initiatives that aim to improve the state of healthcare facilities in the capital.

Under this initiative, the government planned to create 900 new Primary Health Centres (PHC) and 30,000 additional beds in Delhi hospitals. Around 4,000 of the 30,000 beds would be in maternity wards. The government assured 5 beds for every 1,000 people as per the international norm.

Quality Drugs For All At Affordable Pricing

The Delhi government made plans to centralize the procurement of pharmaceutical drug and equipment procurement, to ensure zero corruption. High-quality drugs would be made available to the general public at subsidized rates.

Those unable to get the required surgeries at government hospitals can avail this option at one of 48 hospitals in partnership with the government, all expenses of which would be covered by the government.

‘Mohalla’ means neighborhood or community, in Hindi. Mohalla clinics are primary health centers that offer basic, essential health services including medicines, diagnostics and consultations for free. These clinics serve as the first point of contact for people. The aim is to offer timely services and reduce a load of referrals to secondary and tertiary health facilities in the state.

Mohalla clinics consist of a doctor, a technician for uploading patients’ Aadhaar details and a lab assistant for collecting blood samples and disbursing medicines. The clinics are open from 8 am till 2 pm.

The Delhi government has set up 182 Mohalla clinics across the nation’s capital in the last 3 years. It has proposed the setting up of 1,000 Mohalla clinics as part of the budget proposal for the financial year 2018-2019

Polyclinics are secondery healthcare centres that are referred to, by the doctors of Mohalla clinics when they feel that the patient needs an expert for diagnosis and treatment. The government of Delhi has tied up with 21 laboratories across the city to provide 13 expensive medical tests such as PET, CT, MRI, etc. for free.

The clinics are known as ‘Aam Aadmi Polyclinics‘.

A patient can get a referral for the above stated medical tests from 30 government hospitals and 23 polyclinics. Post referral, the tests are done in 7 days.

The services will include pre-surgery consultation, surgery, medicines, food and hospital stay, and follow-ups for a month after discharge.

The government will issue ‘Aam Aadmi Health Cards’ to all residents of the city, with the Director General of Health Services (DGHS) floating an Expression of Interest (EoI) to work.

The health card scheme, according to the government, is expected to be launched later in 2018; will have an electronic health record of all residents in terms of medical histories, on-going treatment and prescription details.

As per the EoI, the government will issue health cards to all citizens, including toddlers and senior citizens, through which they will be able to avail services from primary, secondary and tertiary healthcare centers for free.

2. Quality Health for All

The AAP government, in the budget proposal for the financial year 2018-2019, allocated Rs. 6,729 crores towards the health sector. Out of this, Rs. 100 crores is to be invested in the ‘Health Insurance for All’ Scheme.

Under this scheme, the Delhi government will bear the costs of treatments for victims of road accidents, burns and acid attacks at government or private hospitals. There is no upper cap on the expenses borne by the government.

Irrespective of their origin or place of residence, victims will get free treatments if mishaps or accidents take place within the jurisdiction of the NCR. The treatment has been free in government hospitals, but other bills incurred during treatment will also be paid by the government.

The revolutionary ‘Mohalla Clinics’ initiative was introduced by the Delhi government by its Chief Minister Arvind Kejriwal, with the aim of strengthening primary health care system and offering healthcare services to the urban poor.

The scheme was lauded by former Secretary of United Nations (UN), Kofi Anan, and former Director General of World Health Organisation (WHO), Gro Harlem Brundtland; as a move towards achieving better health coverage.

The government had initially planned to set up 1,000 Mohalla clinics throughout the city, with one in every 5-kilometre radius. However, only 160 clinics are operational in the city today.

In July 2016, 10 lakh people availed health services in 6 months. Around 43,000 people got various tests done at the clinics. The average number of patients treated in a clinic, per day, was 77 people.

Between April and December of 2017, 15 lakh people received treatment from 110 Mohalla clinics.

As of 2018, the Delhi government has cleared 426 new sites for setting up new Mohalla clinics and their work is ‘likely to begin soon’.

“The health department has informed that around 426 new sites for setting up mohalla clinics are ready and their work is likely to begin soon. Of them, 177 locations have already been handed over by the landowning departments and another 249 are ready to be handed over any day,” said a senior government official.”

Though the Delhi government has received criticisms for its over-ambitious propagation of populist policies, there has been a noted increase in amenities belonging to the health and education sectors in Delhi.

The ‘Delhi Model’ can be used as an example for the other Indian states, in the fields of health and education; with direct government involvement and monitoring and appropriate discharge of budgetary funds thrust on these sectors.

The investment of huge funds into health and education may provide long-term growth that may trickle down to other sectors such as power and electricity, public infrastructure, pollution and waste management, and environmental preservation.