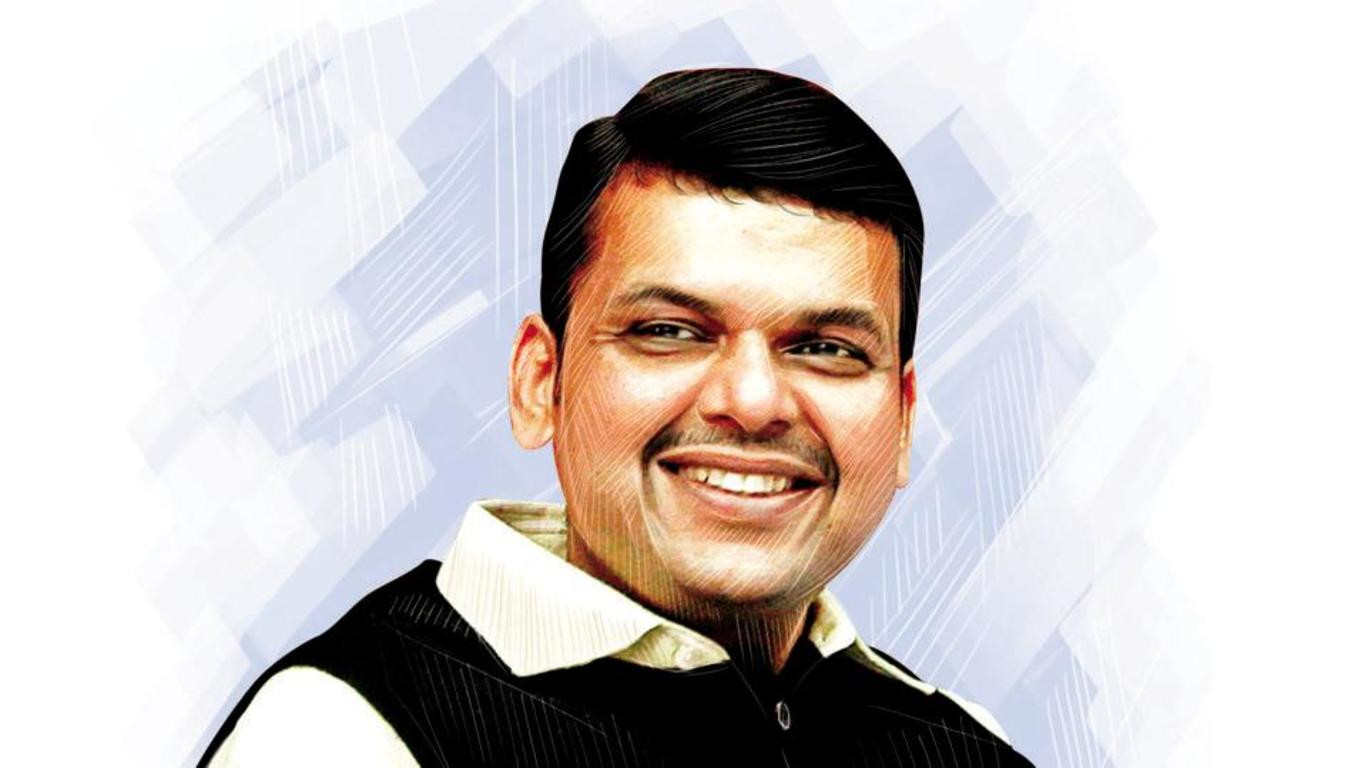 Devendra Gangadharrao Fadnavis is an Indian politician hailing from the folds of RSS (Rashtriya Swayamsevak Sangh) and BJP (Bhartiya Janta Party). He is presently serving as the 18th Chief Minister of Maharashtra since 31 October 2014. Devendra Fadnavis is representing Nagpur South West assembly constituency since 1999.

Devendra Fadnavis began the stairs of his political journey by joining the student union of ABVP. The leader then won the very maiden election of his life from the Ram Nagar ward. Rising high in the profile, he went onto becoming the youngest mayor of the Nagpur Municipal Corporation.

Not only he is the second youngest mayor in the history of India but he is also credited with the feat of being the second youngest CM of Maharashtra, right after the NCP leader Sharad Pawar. After Vasantrao Naik, Devendra Fadnavis is the only second CM of the state to complete his full tenure.

Believing in ensuring the dignity and healthy development of women, the Fadnavis government has been consistent in rolling out welfare schemes for the female gender.

Manodhairya Scheme–  This scheme is for Rape victims, children who are victims of Sexual Offences and Acid Attack Victims (Women and Children). The scheme intends to bring them out of the psychological trauma that they suffer from. Financial aid is provided under the scheme to ensure the rehabilitation of the affected survivors. Provision of counseling, medical and legal support, education and vocational Education component has also been included in the scheme.

Asmita Yojana- The scheme aims to distribute subsidized sanitary napkins to the rural women in the state. Adolescent girls will be provided a pack of 8 sanitary napkins at a subsidized rate of Rs 5. The beneficiaries will be also provided with ‘ASMITA cards‘ to ensure the smooth implementation of the scheme.

Manjhi Kanya Bhagyashree Scheme – The scheme proposes for improving the skewed girl child ratio in the state. The scheme will also be carried at the village level through massive public awareness programs. Devendra Fadnavis is himself the brand ambassador of this scheme. Under the scheme, the government will deposit an amount of 21,200 rupees in the bank for a girl child born in the BPL family. The scheme will also provide one lakh rupees on maturity after the girl completes 18 years of age. It replaced the state government’s previous scheme- the Sukanya scheme.

Shubhmangal Community Marriage Plan– For the collective marriage of the daughter of the farmers/farm laborers of all the districts, grants will be given to the couple for the purchase of ‘Mangalsutra‘ and other items required for the marriage.

In a rare move, the Fadnavis government had also declared a reservation of 1% for the orphans.

Jalyukt Shivir- The scheme was launched as a water conservation scheme. It aims to make Maharashtra a drought-free state by 2019. The scheme hopes to bring water empowerment to 25,000 drought-affected villages in Maharashtra within the stipulated timeline of the next five years. Fadnavis government has been very particular in ensuring the sustainable model of agriculture to its farmer population, therefore, his government had disbursed Rs 24,000 crore under the loan waiver to 4.3 million farmers, with another Rs 8,000 crore to be spent. He has expanded the ambit of loan waiver, giving relief to millions of farmers in the state.

Reconstructed Weather-based Crop Insurance Scheme- The scheme was launched to provide insurance protection and financial assistance to the farmers in a timely manner.

Fadnavis government is trying its best to take the state to higher levels of growth. Owing to this, Maharashtra has been ranked fifth on a 2018 index measuring states’ investment potential, as per the reports of the National Council of Applied Economic Research.

On the industrial front, the state has been on the frontrunner in procuring land through the Maharashtra Industrial Development Corporation (MIDC) for business investors. In the last three years, MIDC has been successful in acquiring over 10,000 acres of land stretch.

The state is also a major economical hub which has been reported to contribute heavily in the virtuous cycle of the GST collection. Maharashtra has contributed over Rs 1.70 lakh crore revenue, which is whopping 15% of total Goods and Service Tax (GST) collection of all India in the year 2018-19.

Pramod Mahajan Skills and Entrepreneurship Development Campaign– The scheme was brought out to evaluate and integrate the existing schemes of skill development. The panel was set up to improve the skilling platform of the state.

To develop the cities and strengthen the developmental structure of the city authorities, the City development scheme was envisaged by the state government that seeks to disburse finance to the city councils.

Apart from this, Mumbai is set to become a WiFi city with over 1200 hotspots. Over 1000 police stations have been made online.

Maharashtra has also been adjudged as the best performer in environment-friendly buildings as reported by US Green Building Council.

To increase the status of educational level in the state, the Maharashtra government had signed an MOU with the British Council in 2018 under which British Council would be training 30,000 teachers in the English language in Maharashtra.

7. Development of weaker and underprivileged sections

Fadnavis government has iterated its commitment towards developing the weaker sections. Ensuring the accessible opportunities for the overall growth of these sections has been one of the lauded claims of the Devendra Fadanavis. For this, the state rolled out its ambitious Government Ashram School Group Scheme to promote the educational avenues among the tribal populations.

These Ashram Shala centers are envisaged to serves as the main hub for the social and educational progress of the Scheduled Tribes living in the hills and the development of the area,

Maharashtra Emergency Medical Response Service (MEMS) was launched by the state government. With this, the plan is to reduce the death toll for emergency cases by up to 5 percent. The government has re-emphasized its focus on the emergency help provided to the patients during the “golden hour“.

If one happens to track the development progress of the Devendra Fadnavis government, it can be observed that the state government has worked extensively for the welfare of all the sections of the society.

With his clean image in the political sphere, Devendra Fadnavis has made sure that the government is focused on taking Maharashtra to newer heights.