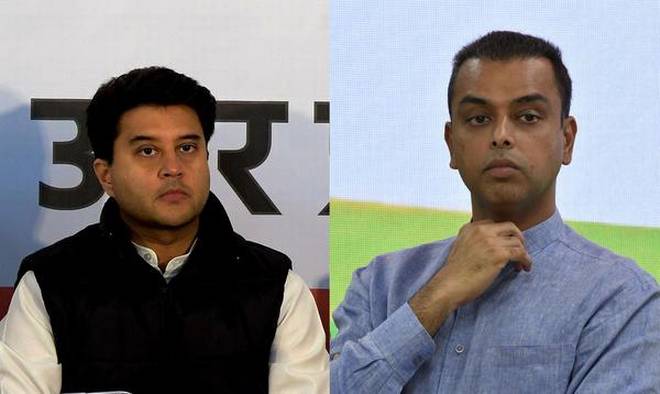 Hours after Milind Deora step down from his post, Congress General Secretary and Former Guna MP Jyotiraditya Scindia on Sunday tendered his resignation from his respective post stating he is accepting the people’s mandate.

‘Accepting the people’s verdict and taking accountability, I had submitted my resignation as General Secretary of AICC to Shri @RahulGandhi. I thank him for entrusting me with this responsibility and for giving me the opportunity to serve our party’, said Jyotiraditya Scindia in a tweet.

Accepting the people’s verdict and taking accountability, I had submitted my resignation as General Secretary of AICC to Shri @RahulGandhi.

I thank him for entrusting me with this responsibility and for giving me the opportunity to serve our party.

Earlier today, Mumbai Congress president Milind Deora also announced to step down from the post, stating that in bid to stabilize the party he is looking a role in the central leadership.

Speaking to media, Deora said political realities have changed since the Lok Sabha results. “We all will have to get ready for roles that these times demand,” he said.

Deora had earlier expressed his desire to quit shortly after meeting Congress leader Rahul Gandhi in New Delhi on June 26.

He was picked for the post of the president of the Mumbai Congress ahead of the national polls replacing Sanjay Nirupam.

The resignations come days after Rahul Gandhi officially resigned from the party Top Post saying as president of the Congress party he is responsible for the loss of the 2019 elections. He added that accountability is critical for the future growth of our party. It is for this reason that I have resigned as Congress president.