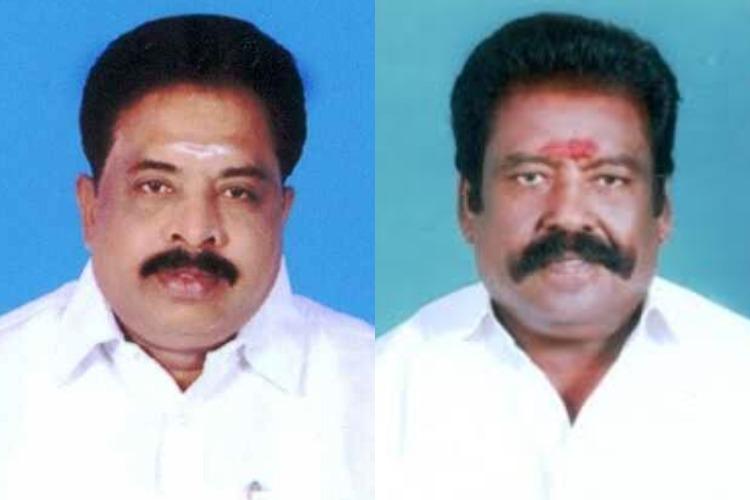 Two AIADMK MLAs VT Kalaiselvan and E Rathinasabapathy approached the Supreme Court regarding the show-cause notice filed against them mentioning of anti-party activities.

MLAs VT Kalaiselvan and E Rathinasabapathy approached SC regarding dismissal of a show-cause notice that was actually issued against them for anti-party activities. The notice was issued to them by the speaker P Dhanapal mentioning the extending of support to TTV Dhinakaran, AMMK MLA from RK Nagar. The notice was issued after recommendation from chief government whip S Rajendran. The notices were served against three AIADMK MLAs, i.e., A Prabhu, MLA of Kallakurichi, E Rathinasabapathy of Aranthangi and Kalaiselvan of Vriddhachalam.

“We have filed a petition in the Supreme Court, seeking a stay on the notice of Speaker Dhanapal. It has been admitted and the matter is coming up for hearing on May 6,” Kalaiselvan told PTI.

“It is submitted that the actions of the Respondent number-1 (speaker) in the last two years speaks volumes of his partisan and biased conduct and has reasonable apprehension that the respondent number-1 would not be following the dictum of law laid down and would act without jurisdiction to adjudicate and decide the disqualification petition”, he stated in the Supreme Court.

“The action of Respondent-1 is violative of fundamental right of petitioner under Article 14, 19 (1) (a) and is likely to hamper the right of free speech and expression of the petitioner,” he mentioned in the plea.