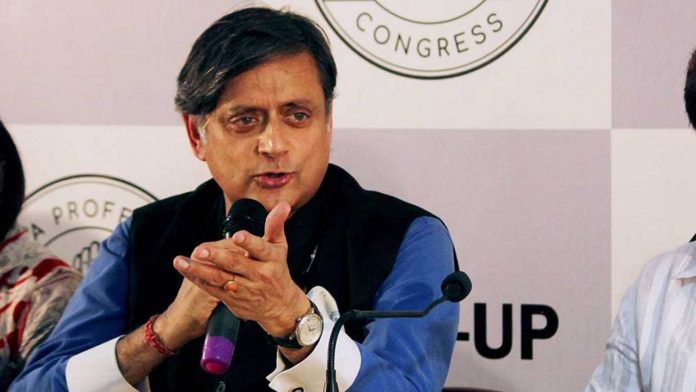 All India Professional Congress (AIPC) on Sunday asked the party leadership to appoint a party interim national president soon followed by holding internal elections for the Key positions in the grand old party. AIPC held its meeting on Sunday on the occasion of its second anniversary.

Speaking to media after the meeting, AIPC Chairman and Congress MP Shashi Tharoor said that AIPC has urged the party leadership and in particular the Congress Working Committee (CWC) to take a call on party’s interim national president as soon as possible’.

He added that an urgent decision is needed to finalize the name of the party’s interim President followed by internal elections for the key positions in the party. Tharoor added that this will increase the credibility as well as the legitimacy of the party across the nation.

The demand of the professional wing of the party comes days before the Congress Working Committee (CWC) is slated for August 10.

It should be noted that many senior leaders including Shatrughan Sinha and Punjab Chief Minister Captain Amarinder Singh, have openly backed the name of Priyanka Gandhi to lead the grand old year party.

Singh said he has no doubt that Priyanka Gandhi would get support from all file and rank across all states. He added Priyanka Gandhi is the only leader who is a good bet to replace Rahul Gandhi.

Prior to this Shatrughan Sinha also backed the name of Priyanka Gandhi for next national president of the party.

The grand old party, Indian National Congress, is currently facing the leadership crisis. This will be the first CWC meeting after Rahul Gandhi officially stepped down from Congress President Post saying that he is responsible for the party poor show in the national elections 2019.