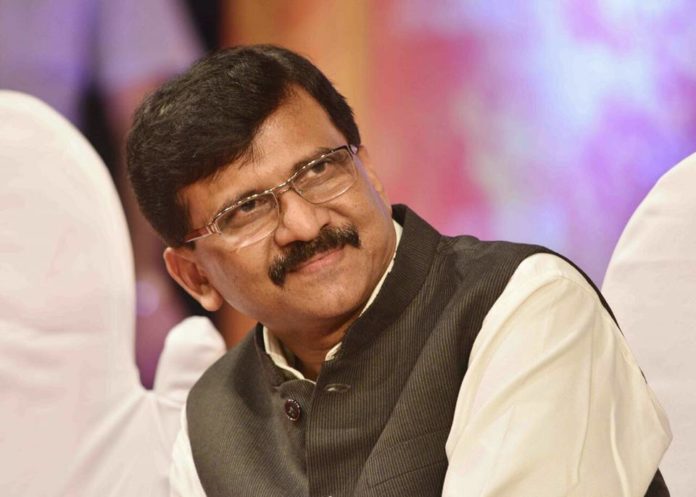 NDA Maharashtra ally, Shiv Sena on Thursday said if BJP wants its ally support in the Lok Sabha 2019 it should offer the Chief Ministerial Post to its allies in their respective states. Party Spokesperson Sanjay Raut, however, claimed that there is no change in the stand of Shiv Sena on fighting the Lok Sabha polls alone and that talk of an alliance with BJP is only media speculation.

As quoted by news wire ANI, Raut said, ‘If NDA government is formed in 2019, Shiv Sena, Akali Dal & other major allies will have a role. All the allies of NDA are strong in their states & if you want to have an alliance with them at centre, the CM in that state should be from that ally’.

On asking Asked if their condition for forging an alliance with BJP is mandatory, he said, “This is not a condition but this is our stand. We have already said that the next
Chief Minister in Maharashtra will be from Shiv Sena and it has nothing to do with the alliance talk.

Shiv Sena leader Sanjay Raut: If NDA government is formed in 2019, Shiv Sena, Akali Dal & other major allies will have a role. All the allies of NDA are strong in their states & if you want to have an alliance with them at centre, the CM in that state should be from that ally. pic.twitter.com/3KRoPPvMo9

“If in future, there are discussions on an alliance we will want the implementation of the 1995 formula as per which Shiv Sena will have the role of a big brother in Maharashtra whereas we will reciprocate similar support to BJP at the Centre,” he added.

Earlier, Sanjay Raut was seen in the Andhra Pradesh CM N Chandrababu Naidu‘s protest, who went onto a day-long strike demanding Special Status to the State. His visit to Naidu was seen as a proposed alliance between BJP-Sena is under strain.

However, Sena termed it as just ‘courtesy visit’. Justifying Raut’s meeting with Naidu, the Sena, in an editorial in party mouthpiece ‘Saamana’, said the leader visited Andhra Pradesh chief minister as a “courtesy” because his state has been split into two. “We are also against splitting of states. But our visit has been seen as if the sky has fallen upon the government,” it said.

Though, Shiv Sena is the NDA ally in Maharashtra as well as in the Centre but has constantly attacked the saffron party. Yesterday, after the CAG report on Rafale was out Sena spokesperson Manisha Kayande questioned the Centre that why it did not accept the demand of a Joint Parliamentary Committee (JPC) to probe into the fighter jet deal. Sena has continuously attacked Centre over various issues including rafale Deal, Ram Mandir, Farm Distress, Citizenship Bill, others.

NCP on its part indicated that the party wants to take MNS on board. Ajit Pawar after the meeting said, ‘We are positive to take MNS with us and I personally met Raj Thackeray yesterday to discuss, what we discussed today in our NCP meeting on seat sharing will discuss with Congress and will also inform about MNS and our stand to take MNS on board’