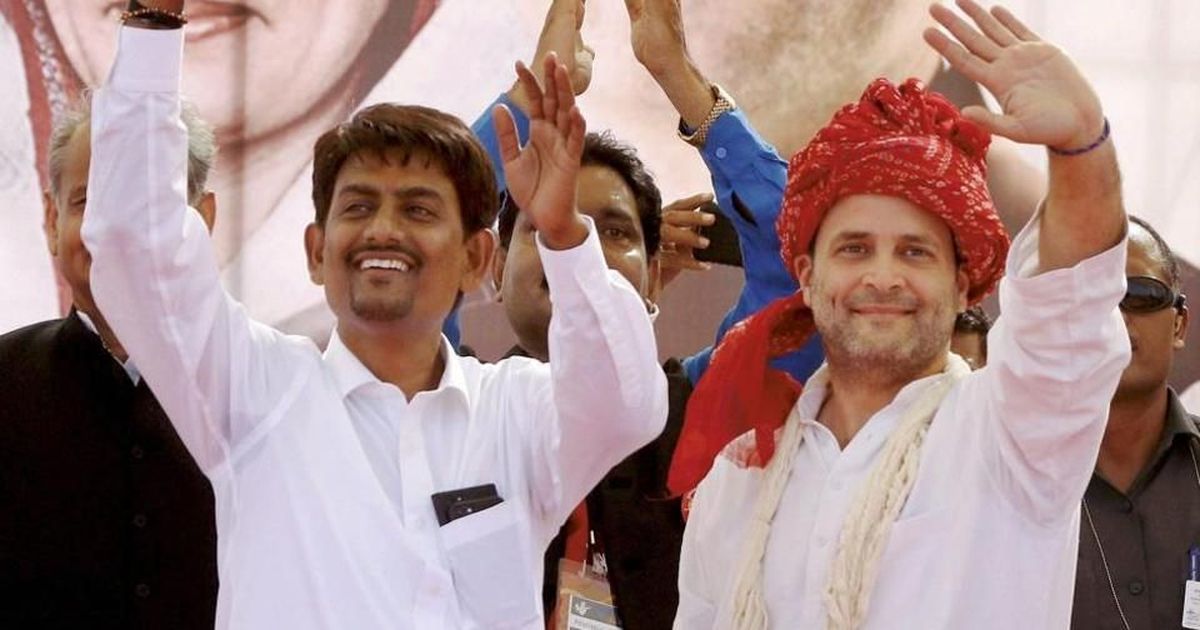 Alpesh Thakor, a young OBC Leader from Gujarat who resigned from all posts of the Congress party on Wednesday, was sacked as the All India Congress Committee secretary
for Bihar on Friday. Congress Chief Rahul Gandhi replaced Alpesh Thakor with Former Lawmaker from Kanpur Ajay Kapoor.

It should be noted that Thakor has not yet resigned from his primary membership of the party to avoid defection and to continue as a Lawmaker in Gujarat Assembly.

However, Congress on its part has already initiated a procedure to disqualify him.

Thakor giving a jolt to party ahead of the Phase-I of voting on April 10 announced his disassociation from the party. Speaking to the media, Thakor had said that he will complete his 5 years as an MLA in Gujarat, However, he junks report about him joining the Bharatiya Janta Party.

He further said, ‘My Kshatriya Thakor Sena was facing insult in the party, hence I am resigning from all post’.

Dhavalsinh Zala, a close aide of Thakor earlier while confirming the development said, ‘Thakor Sena committee in the state passed a resolution asking us three Congress Lawmakers namely Alpeshji, me (Dhavalsinh Zala) and Bharatji Thakor to leave Congress to protest against the ignorance of Thakor community by the party in a run-up to the national elections’.