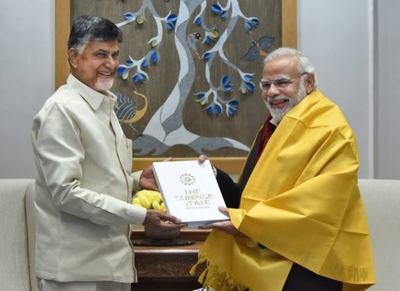 AMARAVATI: The Center has discharged a whole of Rs 1,269 crore to Andhra Pradesh under various heads over the most recent couple of days in the midst of a strain in ties between the NDA and its partner TDP over assignment given to the state in the Union Budget.

The gross allow included Rs 417.44 crore for the Polavaram multipurpose task, one of the issues of conflict between the partners TDP and BJP.

“The release (of Rs 417.44 crore) is towards the amount already utilised by the state against the irrigation component (of Polavaram) after April 1, 2014,” an order issued by the Union water resources ministry’s senior joint commissioner, R P S Verma, said.

The Center, through the Polavaram Project Authority, had so far discharged Rs 4,329 crore for the undertaking while the state government said it spent over Rs 7,200 crore after it was pronounced a national task.

Andhra Pradesh fund serve Yanamala Ramakrishnudu presented a notice to Union Finance Minister Arun Jaitley a month ago expressing that a total of Rs 3,217.63 crore, spent on Polavaram, was yet to be repaid to the state.

Of this, the Center has now discharged Rs 417.44 crore, an authority of the water assets office here said.

The Center, in the mean time, additionally discharged Rs 369.16 crore the previous evening under post-devolution income shortfall give, according to the suggestion of the fourteenth Finance Commission, to AP.

The Center coordinated that the records of the plan “should be kept up legitimately and independently” and submitted as and when required.

“They should be available to review by an officer deputed by the Government of India or the state government,” an under-secretary at the Center said in the discharge arrange.

The Center additionally discharged Rs 253.74 crore as ‘essential allow’ to urban neighborhood bodies in the state. This was the second portion amid the current money related year.Apart from this, an aggregate of Rs 196.92 crore was discharged for the anganwadi administration’s plot and the supplementary sustenance program and another Rs 31.76 crore was discharged for the Mahatma Gandhi National Rural Employment Guarantee Program, a state official said.