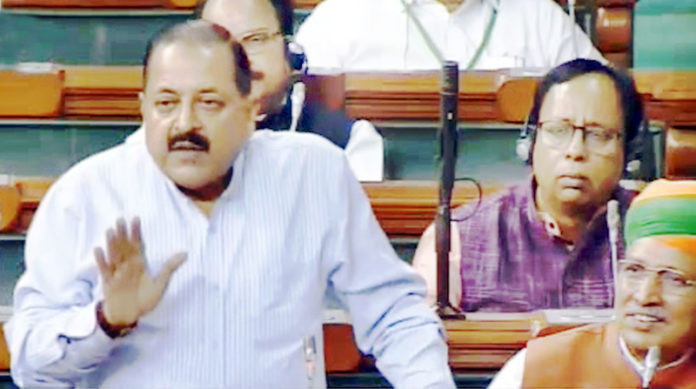 The Central Government on Friday tabled the RTI Amendment Bill 2019 in the Lower House of the Parliament amid the opposition protest. The Right to Information Amendment Bill sought to allow the Union Government to decide on the term and salaries of state and central information commissioners.

Presenting the Right to Information (Amendment) Bill, 2019 in Lok Sabha, Minister of State (MoS) in the Prime Minister’s Office Jitendra Singh asserted that proposed bill is aimed at institutionalization, streamlining and ease of delivery of RTI Act.

Further speaking in the Lok Sabha, Minister of State (MoS) slammed the previous United Progressive Alliance (UPA) government was enacting the law in 2005 without adding proper rules. MoS said that the present government is committed to transparency and the commitment should not be questioned.

Slamming the UPA Government, Minister of State Jitendra Singh slammed UPA and said, ‘You have made a clumsy Act in haste. We are only trying to strengthen it,” Singh claimed.

While other opposition leaders including Shashi Tharoor of Congress, Asaduddin Owaisi of AIMIM and Mulayam Singh Yadav of Samajwadi Party, among others voted against the introduction of the bill.

In total, 224 votes came in favour of the introduction of the bill and a mere nine against it.