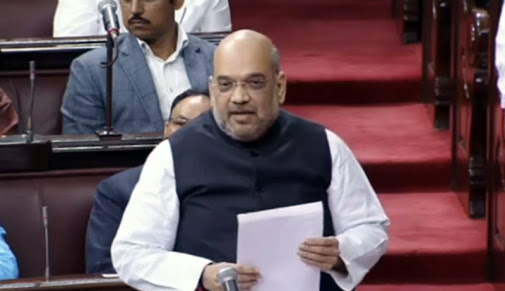 After the final draft of Assam’s National Register of Citizens (NRC) was released, a huge uproar was created by the opposition, criticising the list as it excluded over 40 lakh people.

BJP President Amit Shah defended the list and slammed the opposition. He accused the Congress and Trinamool Congress of “misleading public” over the NRC draft and asked them to clear their stance.

In a press conference held in Delhi, Shah said, “No Indian has been excluded by the NRC. Only those who haven’t been able to present proof of their citizenship have been excluded from the draft. 40 lakh is not a final figure. The Supreme Court laid down procedure will be followed.”

He condemned Congress for playing “vote bank politics”, BJP chief said, “On what basis are you questioning the NRC? You have started it. You were only concerned about your vote bank. Our government has started the actual work on NRC.”

After the list was announced, the opposition accused the centre of making people “refugees” in their own country. BJP attacked the opposition and said that the “1985 Assam Accord signed by former Prime Minister Rajiv Gandhi was the “soul” of NRC”, reported Hindustan Times.

He urged the Congress President Rahul Gandhi to clear his stand. He said, “Vote bank politics should not be placed above national interest. We have never practised vote bank politics. We have always demanded the removal of illegal immigrants. We give the topmost priority for the security of the country and its people. There should be no confusion among the people and media.”

Shah also attacked Trinamool Congress chief Mamata Banerjee and said, “She (Mamata) is saying there will be a war in the country. On what basis is she saying this? she must come clear on this.”

Amit Shah assured that the NRC will be implemented “firmly and fairly”.