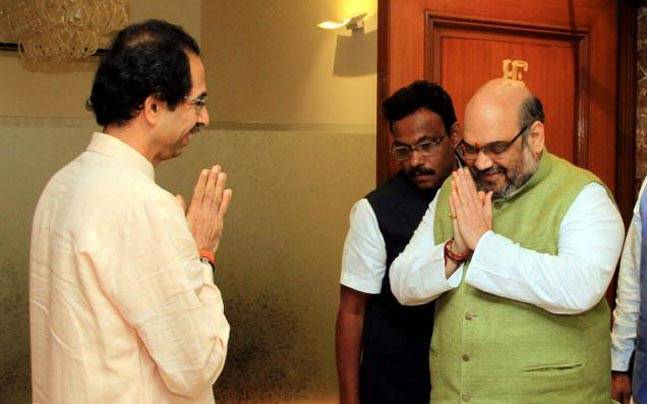 BJP had announced previously that Shah’s visit to Thackeray’s ‘Matoshree’ residence in Mumbai was just a part of his ongoing “Sampark se Samarthan” outreach campaign, but alliance talks were said to be on top on the agenda as the two leaders held discussions for almost two hours.

Interestingly, Chief Minister Devendra Fadnavis was kept out of the closed-door talks between Amit Shah and Uddhav Thackeray even though he had accompanied the BJP chief to Matoshree. Non-participation of state BJP head Raosaheb Danve also indicated that Thackeray wished to address his grievances directly to Shah without involving the local leadership.

Relations between BJP and its oldest ever ally Shiv Sena had snapped after a two-decade-long alliance during 2014 Maharashtra assembly polls and municipal elections that followed thereafter. The latest point of contention between the saffron parties was the recently-concluded Palghar by-elections, which they contested separately. Sena has been bitterly criticizing BJP since then and has already announced its intention to fight 2019 Lok Sabha polls alone.