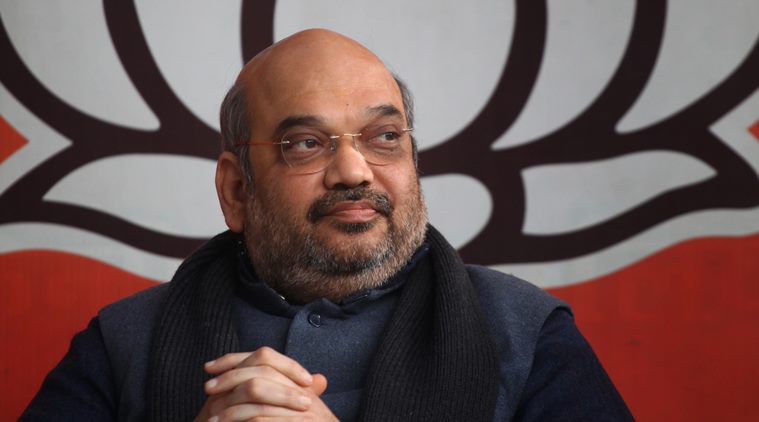 On Day 2 of his Uttarakhand visit, Amit Shah made it clear that his priority is to expand the party organisation across the hill state.

BJP party president Amit Shah was on a two day trip to Uttrakhand under the nationwide pravas programme ahead of the Lok Sabha elections due in 2019. This is the first trip of Shah to the state after the BJP won 57 seats in the 70-member assembly six months back.

During the first day of his visit, Shah held a number of meetings on Tuesday with the party members and leaders. He also took feedback from the members about the progress of the party organisation after Trivendra Singh Rawat led BJP came to power in the state.

On Wednesday when Shah held meetings with the officials, he made it clear that the main priority of the party was to expand the party organisation across the state.

Amit Shah held one on one meetings with heads of 19 ‘vibhag’ or departments and 10 ‘prakalp’ or projects in the BJP’s state unit. During these meetings, these heads were asked to explain their roles to the President in detail. The main motto behind this exercise was to check if the heads were deserving or not and whether they were performing their duties up to the mark.

One of the head of a department in his statement to the ET said that “he did not say anything. He just wanted to see if we are fit for playing our given role in the organisation.”