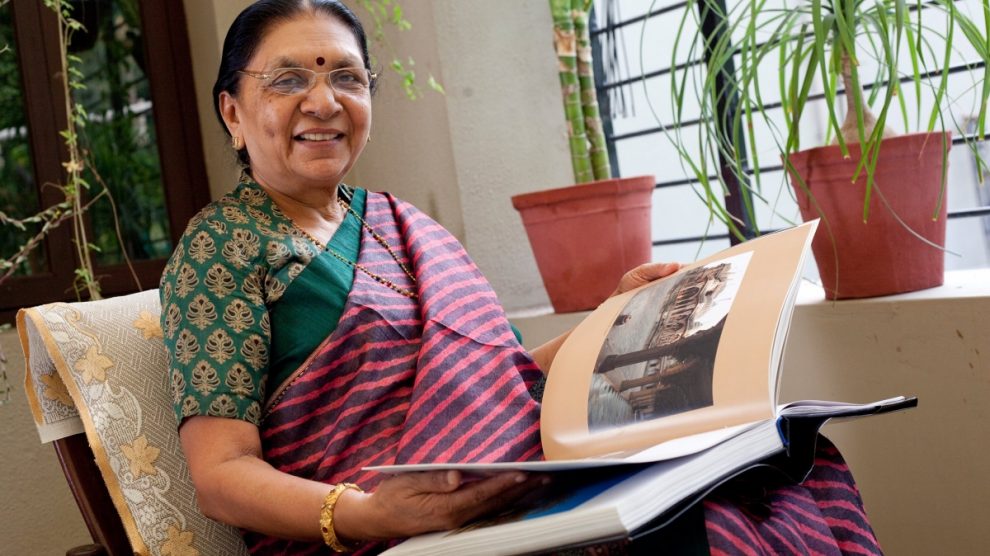 The formal announcement of Anandiben’s name for the post was made on January 19 and the swearing ceremony was scheduled for Tuesday, January 23. A tweet from the official twitter handle of the President of India (@rashtrapatibhvn) read – “The President of India is pleased to appoint Anandiben Patel to be the Governor of Madhya Pradesh, with effect from the date she assumes charge of her office.”

The President of India is pleased to appoint Smt Anandiben Patel to be the Governor of Madhya Pradesh, with effect from the date she assumes charge of her office

What makes this appointment special is that this is after 18 years that the state has got a female governor. The first female governor to hold office was Smt. Sarla Grewal, who also was the second female IAS officer in the country.

Ms. Patel took a chartered bus to reach Bhopal for her oath-taking. On the way, she stopped at Ujjain to offer prayers at the Mahakal Temple. Her oath was administered by the Chief Justice of Madhya Pradesh High Court Justice Hemant Gupta at a ceremony at the Raj Bhavan in Bhopal. Marking the presence at the ceremony was Chief Minister Shivraj Singh Chouhan, Lok Sabha Speaker Sumitra Mahajan, and other cabinet leaders.

Ms. Patel, who is now 76, was the Chief Minister of Gujarat when Narendra Modi became the Prime Minister in 2014. However, she stepped down in August 2016 citing that this job should be handed over to someone younger. Her resignation came at a time when Gujarat was witnessing the ruckus of Patidar and Dalit demonstration.

Sathasivam doesn’t do as told
The Mahadayi Water issue: Before and After