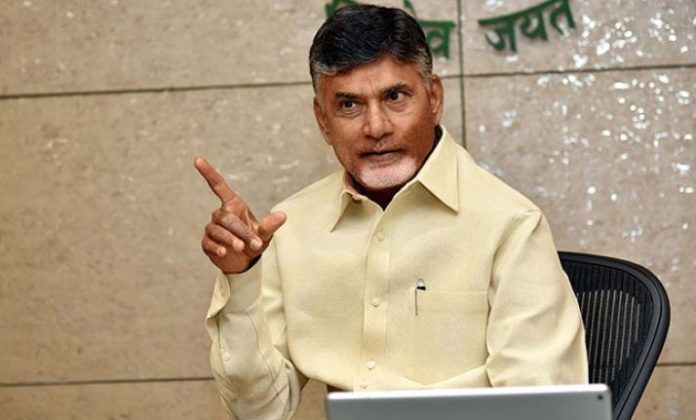 Andhra Pradesh State Government has reportedly spent over ₹10 crores on Chief Minister N Chandrababu Naidu‘s day-long Dharna what he called as ‘Dharma Porata Deeksha’ that was held in National Capital on Monday. A Government Order dated number 215 and issued by the Finance Department, sanctioned an amount of ₹10 crores for the welfare of the protestors, taking the total bill of the protest organized by the Telugu Desam Party (TDP) government to ₹11.12 crore.

Earlier The government has booked Trains from Andhra Pradesh – Srikakulam and Anantapur – to Delhi costing Rs 1.12 crore to bring protesters from the state to the National Capital. The Government Order uploaded on an official website of the state was signed by Ravi Chandra Muddada, secretary to the government (expenditure). Apart from hiring trains to bring Protesters, money was also spent on providing accommodation and food facilities to the general public and VIPs and around 1,100 rooms were booked by the government for the same.

According to the government release, it was stated that ‘Government of Andhra Pradesh has decided to hire two special trains with 20 compartments each from South Central Railways, Secunderabad, i.e., starting one (1) train from Ananthapuramu and another from Srikakulam to reach New Delhi by 10.02.2019 to transport interested Political parties, organizations, NGOs associations, etc.. to participate in one day Deeksha (Protest) at New Delhi on 11.02.2019 to be led by the chief minister‘ The Order was passed by Srikant Nagulapalli, the secretary to the government.

However, the state government has issued a clarification on this and said that only ₹2 crores was spent on Chief Minister’s day-long Strike that was held demanding the Special Status to the State. Clarification further stated that apart from ₹2 crores remaining amount is for other state functions.

The Budget Release Order (BRO) issued refers to the provision of Rs 8 crore for Other State Functions and only ₹2 crore for Deeksha. The opening para mentions the same and the allocation is also made as such in the table. It is further clarified that out of a provision of Rs 2 crores, GAD has issued about Rs 1.23 crores – 3 bills amounting to Rs 1.12 crore, Rs 10 lakh and Rs 1.3 lakh only. The remaining amount of Rs 77 lakh is a provision for any final bills,” the clarification stated as reported by the news minute.

Chief Minister along with other TDP Members also met President Ram Nath Kovind on Tuesday and submitted a memorandum on the special status Issue.