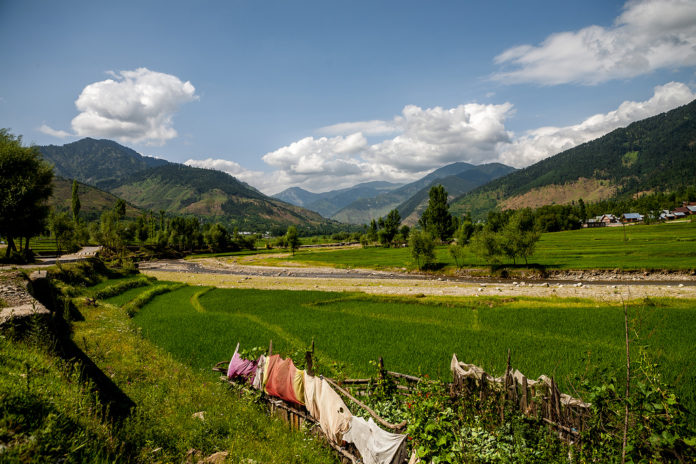 Abhijeet Jasrotia, an additional spokesperson for the People’s Democratic Party (PDP) told reporters that there is a misconception being created that the people of Jammu are in favour of revoking the article.

“Like the people of Kashmir and Ladakh, almost all Dogras are in favour of the continuation of the constitutional provision.”, Jasrotia said. He further stated that the residents of Jammu especially the Dogras are mature enough to realise the threat to their future generations if the act was removed from the constitution.

Being a Dogra himself and fully aware of the challenges that the revocation of the provision poses, the PDP leader claimed that they would not allow this provision go over the demands of a small group.

The article was enacted by Maharaja Hari Singh on the recommendation of Kashmiri Pandits and Dogras, as stated by Abhijeet Jasrotia. “We honour (the) Maharaja and hold him in high esteem. He had come out with this act which is highly beneficial for us.”, he said.

Jasrotia claimed that the PDP, whether in power or opposition, always worked to safeguard Article 370 and Article 35A. The provision, according to him, acts as a ‘bridge’ between the state and the rest of India. He quoted party president and former Chief Minister of state, Mehbooba Mufti, as ‘single-handedly making efforts to safeguard these provisions over the past couple of years’, and that ‘others have awakened now’.

Jammu and Kashmir National Panthers Party (JKNPP) chairman Harsh Dev Singh, meanwhile, asked all the national and regional political parties to abstain from issuing provocative statements on the issue which was under judicial consideration.

“Such moves are deplorable attempts to influence the judiciary and amount to contempt of court.”, Singh stated. He stressed that everyone should respect the judgement and wisdom of the Supreme Court.

According to Singh; the Congress, the Kashmir Centric National Conference and the PDP were on the same page, issuing threats if Article 35A was tinkered with, while the BJP was making statements to hoodwink the people over the sub-juice issue. He also stated that all parties involved are whipping up the emotions of the people to serve their petty political interests.

The case regarding Article 35A has been adjourned by the Supreme Court since the 3-judge bench is missing one member, who is away on leave. The case will be heard in the first week commencing on August 26th.