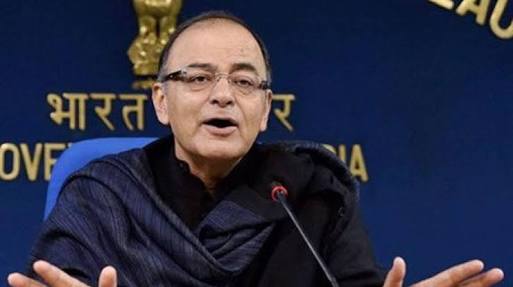 BJP veteran leader Arun Jaitley on Thursday resumed his office as the Finance and Corporate Affairs Minister after a sabbatical of three months, reported PTI.

“The President of India, as advised by the Prime Minister, has directed to assign the portfolios of the Minister of Finance and Minister of Corporate Affairs to Arun Jaitley”, the communique issued from the Rashtrapati Bhawan said.

PTI reported, Jaitley stopped attending the office in April for a renal transplant operation on May 14.

Jaitley has come back as the Finance Minister at a time when Indian currency has reached its lowest as compared to the US dollar. The hiked petrol prices in the international market will also be a major concern, reported LiveMint. The report further stated that as per a recent draft, the GDP during BJP-led Modi Government is quite lower as compared to the GDP when Congress-led UPA was in power.

While Jaitley was out of office, Union Railways Minister Piyush Goyal was in charge of the former’s Ministry.

Jaitley was seen in the public eye after almost four months when he attended the election of the Rajya Sabha Deputy Chairman. He is one of the senior most members of the BJP and had held the Finance Ministry since 2014 when BJP came to power.

He has been advised by doctors to keep his ‘public interactions’ minimum in order to protect him from infections, reported PTI.