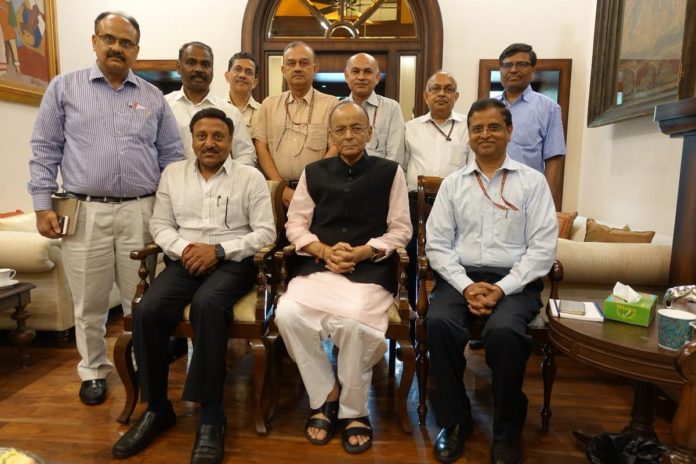 Union Finance Minister Arun Jaitley on Friday skip the Union Cabinet meeting reportedly because of his health issues. The Union Cabinet Meeting that was Chaired by the Prime Minister Narendra Modi on Friday evening met and adopted a resolution for the dissolution of 16th Lok Sabha.

Reportedly, Union Minister Arun Jaitley met the Officials at his residence and informed them about the preparation of the full-fledged Union Budget to be presented by the government. Apart from Finance Secretary SC Garg, Jaitley also met the officials of Enforcement Directorate.

Jaitley, BJP’s Stalwart and a Finance Minister, was not seen at the party headquarters during victory celebrations. He has not been seen in the poll campaign and public life in the past few days. However, he reacted to BJP’s massive mandate on Twitter.

‘Aspirational India has proved it once again that India wants growth and a leadership that believes in the country first & acts tirelessly for the people. Let us work together & make the lives of every countrymen better. Jai Hind.’, said Jaitley on May 23.

Aspirational India has proved it once again that India wants growth and a leadership that believes in country first & acts tirelessly for the people. Let us work together & make lives of every countrymen better. Jai Hind. #VijayiBharat

PM Narendra Modi, who chaired Union Cabinet meeting, met the President Ram Nath Kovind to give the resolution to cement up the formation of the 17th Lok Sabha.

The Poll Commission will then issue a formal notification constituting the new 17th Lok Sabha.

The Bharatiya Janata Party in the latest polls has secured 303 seats, which is 22 more than it got in the 2014 elections and along with its allies, the NDA took it’s tally up to 352 seats in the recently concluded Lok Sabha elections. While Congress improved its tally marginally by 8 to reach 52 seats in this 2019 national polls.