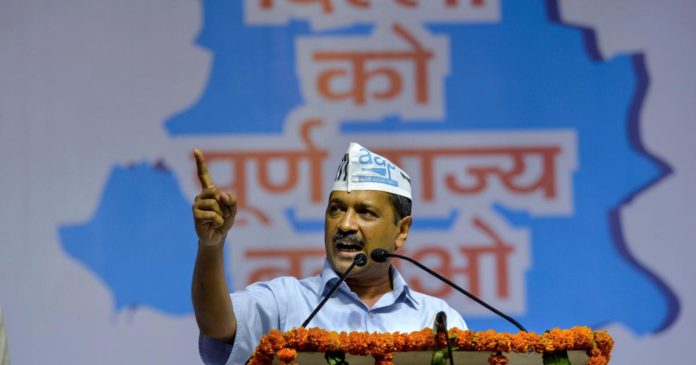 New Delhi, April 30: Aam Aadmi Party chief Arvind Kejriwal will hold roadshows across seven Lok Sabha constituencies of Delhi from Wednesday under the third phase of the campaign by the party.

“Each day, there will be a roadshow by Kejriwal. One will begin from Model Town on Wednesday. Senior party leaders have been assigned constituencies,” said AAP leader Gopal Rai during a press conference on Tuesday.

The party decided to go for roadshows and not rallies as “the party review has shown that road shows have more impact.”

On May 2, Kejriwal will hold a roadshow in East Delhi’s Trilokpuri.

Rai said in each Assembly constituency, the respective MLA will also hold ‘yatras’ between May 1 and 8.

AAP in a run-up to the national elections had last week released its manifesto focusing on the full statehood to Delhi. AAP in the national capital will take on Congress and Bharatiya Janata Party. AAP is also expected to release constituency wise manifesto too.

AAP is contesting all 7 seats in the national capital. The party has named Atishi Marlena from Delhi East, Raghav Chaddha from Delhi South, among others for the mega battle of ballots.