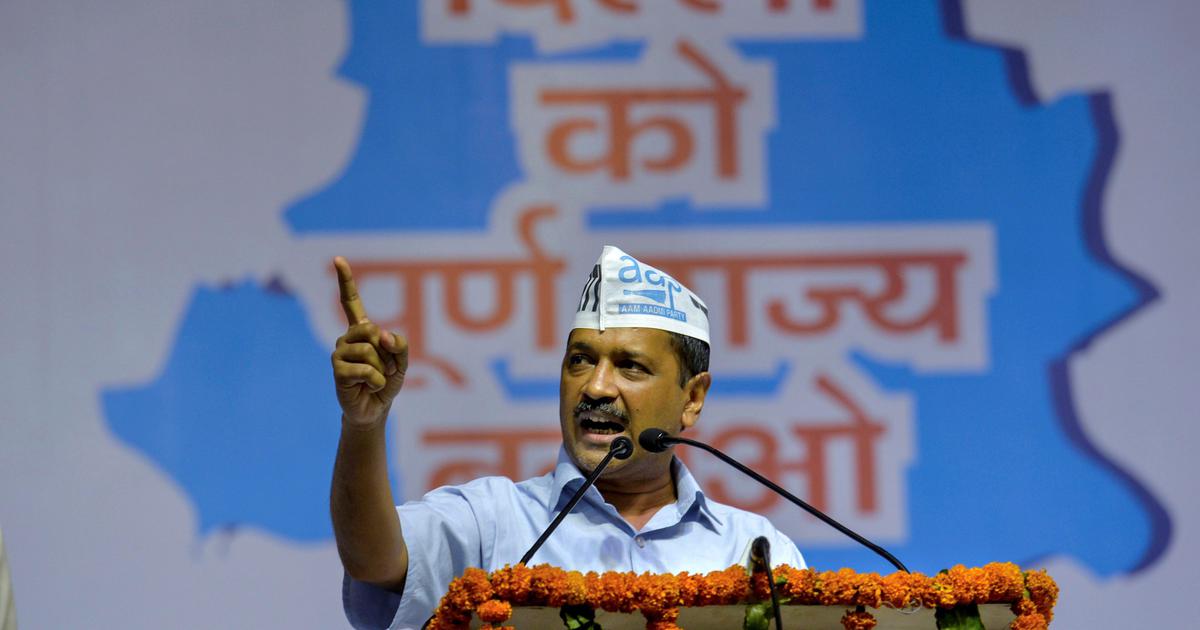 Delhi Chief Minister and Aam Aadmi Party Chief Arvind Kejriwal on Thursday promised full statehood to Delhi in two years if the party won all seven seats in upcoming Lok Sabha Polls 2019. Kejriwal also promised a house to every family if his party would emerge victorious in 7 seats of Lok Sabha in National Capital.

Speaking at two rallies in Delhi, AAP Chief also criticized Congress for not excepting party’s repeated offer to formed an alliance in Delhi to take on Bhartiya Janta Party for General Elections. Kejriwal asserted that ‘There should be a single candidate against BJP in all 7 constituencies of Delhi’.

He also said while addressing a rally near Jama Masjid in Old Delhi ‘Hum Congress ko mana mana ke thak gaye, gatbandhan karlo, gatbandhan karlo (We got tired of convincing for an alliance). I want to ask, should there be a coalition or not? If there is a coalition, the BJP will be routed in Delhi…I don’t know what is in their (Congress’) mind.’

However, Congress DPCC Chief Sheila Dixit responding on the remarks said,’‘I want to ask Arvind Kejriwal on what basis has he said this? Because he has not talked about it even once’’.

Aam Aadmi Party has intensified its demand for Statehood for Delhi. Early this week, Arvind Kejriwal to the PM Narendra Modi’s greetings to the people of Arunachal Pradesh on their Statehood Day on Twitter, tweeted, Sir, Delhi is also waiting for its statehood day. You had promised to the people of Delhi that you wud grant full statehood to Delhi. Kindly do it, sir. People of Delhi have faced injustice for 70 years now.

Sir. Delhi is also waiting for its statehood day. U had promised to the people of Delhi that you wud grant full statehood to Delhi. Kindly do it sir. People of Delhi have faced injustice for 70 years now. https://t.co/qj9AyIrL8X

The Aam Aadmi Party (AAP) on Tuesday said it will hold a door-to-door campaign to tell people how the BJP had done them “injustice” on the issue.

AAP ever since suffered a setback from Top Court Intensified its demand for Full Statehood for Delhi. Two judges of the Supreme Court on Feb 14 agreed that the Centre should have the final word on posting and transfer of bureaucrats in the national capital administration, but their disagreement on finer details resulted in a split verdict and the matter got referred to a larger bench of the Top Court.