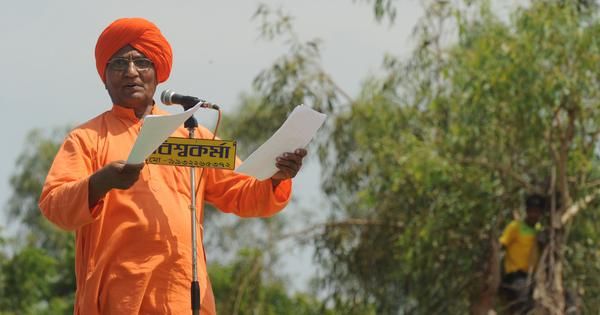 He further claimed that Arya Samaj activists working actively in Punjab, Haryana, and Rajasthan and MP to defeat Bharatiya Janata Party and RSS.

Agniwesh has served as the Arya Samaj’s international wing president from 2004 to 2014. Agnivesh had in past has criticized the Bharatiya Janata Party, Centre, PM Modi Narendra Modi and Sangh Parivar over the last five years. He is also among those who ran a campaign against mob lynching incidents across the nation.

Agniwesh was recently attacked and manhandled by alleged members of BJP’s youth wing in Jharkhand. The attackers levelled “anti-Hindu” charge against Agnivesh.

The addition of Arya Samaj support in the kitty of the Indian Nationa Congress is seen as a boost to party and is likely to make roads easier for it in the Northern part of the country. The support is also seen as a setback to BJP who amid the ongoing national polls levelling the charges at Congress of being ‘Anti-Hindu’.

PM Modi in April last month while addressing a poll rally in Maharashtra’s Wardha slammed Congress and said the Congress was “scared” to field its leaders from constituencies where majority dominates.

The Samaj was founded by the sannyasi Dayanand Saraswati on 10 April 1875. Members of the Arya Samaj believe in one God and reject the worship of idols.

General Elections 2019 has already started and is being across seven phases starting April 11 to May 19. Phase-V is slated for May 6. Counting of the votes will be held on May 23. Voting of the remaining 169 constituencies will be held in three phases slated on May 6, May 12 and May 19.