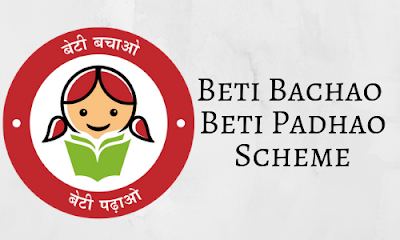 The BBBP scheme also carries provisions for awards and recognitions. However, there is no provision for direct individual cash transfer as it is not a Direct Benefit Transfer scheme.

To read the Beti Bachao scheme in a detailed manner, visit the official site.

Indian culture has always treated women as a goddess in its ideological sense but the reality is far from this mythological concept. In reality, Indian society suffers from imbalanced gender development and skewed sex-ratio. The 2011 Census data presented a grim picture of a declining trend in the Child Sex Ratio (CSR) between 0-6 years. It was at an all-time low of 918. Furthermore, the low performance of India’s gender development for successive years on various indices of Gender equality such as the World Economic Forum’s Global Gender Gap Index displayed a worrisome trend.

It was also realized that because of the unequal participation of women in the labor force market and development sectors, India was unable to harness the true potential of the female gender.

In such a case, it became imperative for the government to promote gender development and opt for some pro-active measures for the healthy growth of girl-child. Therefore remedial steps in the form of the BBBP scheme were the need of the hour to curb the imbalanced gender development in the nation.

The scheme is a tri-ministerial effort of three Ministries which include the Ministry of Women and Child Development, Health & Family Welfare and Human Resource Development. Secretary of MWCD heads a national task force that administers the Beti Bachao, Beti Padhao (BBBP) scheme.

The detailed responsibilities for each ministry have been elucidated below.

1. Ministry of Women and Child Development

A Nation-wide campaign using social media as a tool was launched for celebrating Girl Child and enabling girl’s education. The campaign is being carried through an integrated 360° media approach. The main focus has been laid on sensitizing the population about women’s development and saving girl child.

Under the Scheme, the multi-sectoral action plan is taken up in selected districts to measure the outcomes of plans being implemented to improve the CSR. A total of 405 districts are being covered under Multi-Sectoral Intervention. Under it, a 100% Centrally Sponsored Scheme grant is provided directly to the District Magistrate/District Collector for the implementation of BBBP.

The overall theme of the Beti Bachao Beti Padhao Yojana scheme is to push the Indian society towards offering girl-child a better and safe environment to grow in. Therefore, each objective has been planned to revolve around the central them in mind only.

To achieve the overarching objectives of the scheme, various sub-schemes have been rolled out under the BBBP scheme. Some of the major schemes are given below-

Making it a movement

To increase the appeal of the scheme, Olympics 2016 bronze medallist Sakshi Malik was made the brand ambassador for the BBBP scheme on 26 August 2016. 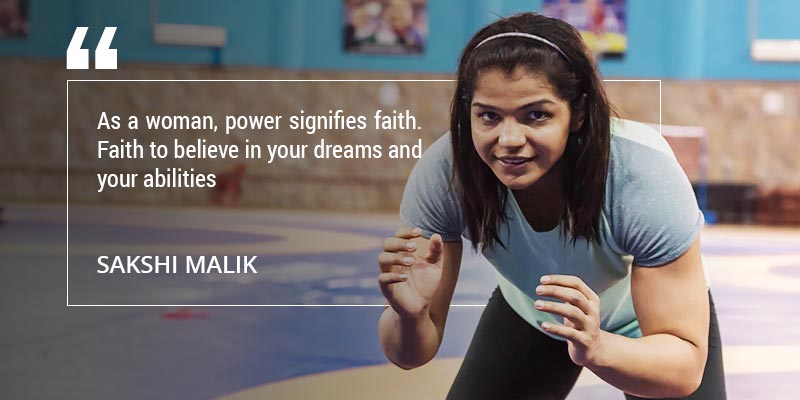 Another trending initiative on Twitter with hashtag #SelfieWithDaughter was also promoted on social media in June 2015. It began when the Sarpanch of Bibipur, Sunil Jaglan from Jind in Haryana took a selfie with his daughter Nandini.

To make this scheme a grand success and push the cause in a true manner at ground level, District Administrations have rolled out many Innovative Activities. Some of them are given below-


In this regard, the Mansa district in Punjab also launched ‘Udaan – Sapneya Di Duniya De Rubaru‘ (Udaan- Live your Dream For One Day)’ scheme to inspire its girls to be educated. It is a unique initiative in which girls belonging to classes VI-XII are given an opportunity to spend one day with a professional they aspire to be — doctor, police official, engineer, IAS officers, among others.

The scheme was carried in three phases. In the first phase, 100 districts were identified based on the low Child Sex Ratio as per Census 2011 data.

The criteria for the selection of districts were:-

Then in the second phase, the scheme was further expanded to 61 additional districts which were having CSR below 918.

Presently, all States and UTs except West Bengal have constituted the State Task Force as per the guidelines of the BBBP scheme. This special task force is headed by the Chief Secretary of the state.

Due to the effective implementation of this noble scheme, the foremost change that the nation saw was that the issue of unbalanced gender development got the national limelight, The issue was not only put to center-stage but it also got the much-needed attention that it deserves. Haryana, Uttarakhand, Delhi, Rajasthan and Uttar Pradesh were also felicitated for their remarkable efforts in improving the Sex Ratio at Birth (SRB).

Recently, Rajouri District administration of Jammu has also started an awareness campaign under the central government’s flagship scheme BETI BACHAO, BETI PADHAO to empower women who belong from remote and far-flung areas of the district. The campaign aims at encouraging women to acquire skills and become independent. The scheme has been now extended to Jammu and Kashmir also after the scrapping of Article 370.

25 Handicraft centers have been set up by the central government in areas like Manjakote, Dharhal, Thanna, Mandi, Nowshera, Sunderbani, Kotranka and Budhal for training women.

The scheme became infamous for its fund allocation. According to the data submitted by the Minister of State for Women and Child Development Virendra Kumar in January 2019, it was found that 56 percent of the funds allocated under the scheme from 2014-15 to 2018-19, was just spent on media and advertisements.

It was also found that less than 25 percent of the funds were disbursed to districts and states for the implementation of the scheme.

Given that the Indian mindest was falling off the charts in the sphere of gender development, the BBBP scheme was a much-needed intervention for sustainable development. It not only brought out the concept of a whole-round approach to the development of girl children, but it also focused on addressing the concerns of equitable gender growth.

The scheme further allows the local administration to come out with innovative and flexible mode of execution under it, which is a very healthy way of encouraging participative management in a democracy.

Results and ground-reality show that there has been a significant change in the behavioral attitude of people towards the girl child now. However, the quantitative improvement has been not so appealing.

But if Indian society continues to maintain the same vigor towards imparting girl-child the better environment to live in, it will surely become a land of balanced gender growth.

“Women are the pearls of the ocean, carrying both the grace and might,
Just give them a space to grow, and witness the play of brightest light.“ Sakshi Malik, Mirabai Chanu disappointed for not making it to Arjuna...