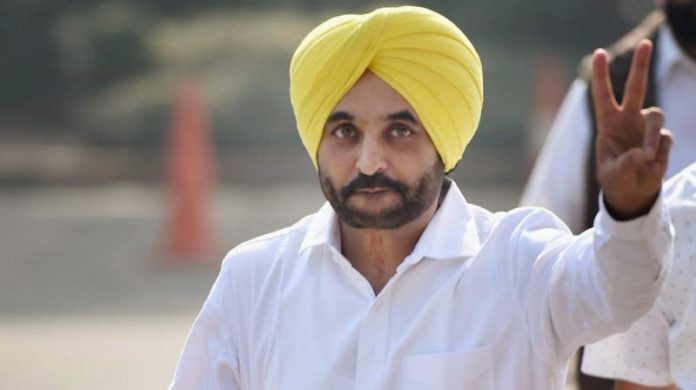 Bhagwant Mann, the AAP Chief in Punjab claimed that his party will do much better in 2019. Further commenting about political situations in the state, Mann said Shiromani Akali Dal (SAD) is facing public anger in the state which will be evident in the outcome of the polls. He added the Congress in the state failed to fulfill its promises made to the people of the state.

All this will push AAP as people’s first choice in the state in the upcoming Lok Sabha Polls 2019, Mann claimed.

A lawmaker from Sangrur Seat, Mann further said that ‘We had in 2014 National Elections, we just entered the politics and without any full fledge Organizational Structure we bagged 4 seats, and now with a full organizational structure we are looking bag big in the state’

However, Mann refused to comment on the number of seats.

Aam Aadmi Party in 2014 polls managed to bag only 4 seats that too all from Punjab.

Further intensifying attacks on the Opposition, Mann dupped PDA Allies as One man parties. Taking a Jibe, Mann said, Sukhpal Khaira is the only leader in his own political party, same as with Dharamvira Gandhi. He is also a lone leader in his party Navan Punjab Party).

He claimed that PDA (Punjab Democratic Alliance) is nothing but ‘personal democratic alliance’.

Amidst ongoing backchannel talks with Congress, AAP State leader Harpal Singh Cheema said his party will contest the upcoming Lok Sabha Polls 2019 in the state on its own.

Earlier, talks for the alliance had taken place among the AAP and SAD (Taksali) faction but it remained inconclusive.

General Elections are slated to begin from April 11 and would spread on Seven Phases starting from April 11 to May 19. Counting of Votes and Results for the mega Battle of ballots will be announced on May 23 four days after the 7th phase of voting.