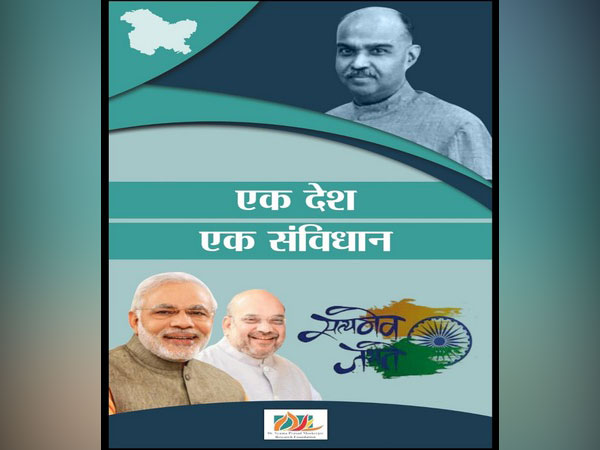 Under the banner of “One nation, One constitution” campaign, Bhartiya Janta Party released a book titled “Ek Desh-Ek Samvidhan” for party workers on Sunday. The campaign is being organized by the saffron party to make people aware of the benefits of repealing Article 370.

The national command of the saffron party has distributed various copies of the book to state party presidents. The state chiefs have been directed to get it printed in the local languages for the ease of people. BJP began its campaign from September 1.

The book highlights the views of the party on Article 370. It calls it a “historic blunder“. The book also carries statements by different political leaders on the matter of Article 370. It has been reported that the comments of Adhir Ranjan Chowdhary are also included in the premises of the book. Congress leader had called Kashmir a “bilateral issue”.

There is also a special section in the book that is dedicated to leaders like Shyama Prasad Mukherjee, Sushma Swaraj, and Arun Jaitley. This space is considered to be a tribute to these tall leaders.

The cover page of the book also carries the map of Jammu and Kashmir. BJP working president JP Nadda had previously explained how the special status of former state had proved to be a major hindrance in the development of Jammu and Kashmir region. He said that with the repeal of Article 370 finally, the nation will move towards an integrated India.

In early week of August this year, Centre had abrogated the special status of Jammu and Kashmir and bifurcated the valley state into 2 Union Territories. Article 370 and Article 35A were repealed to implement the same.