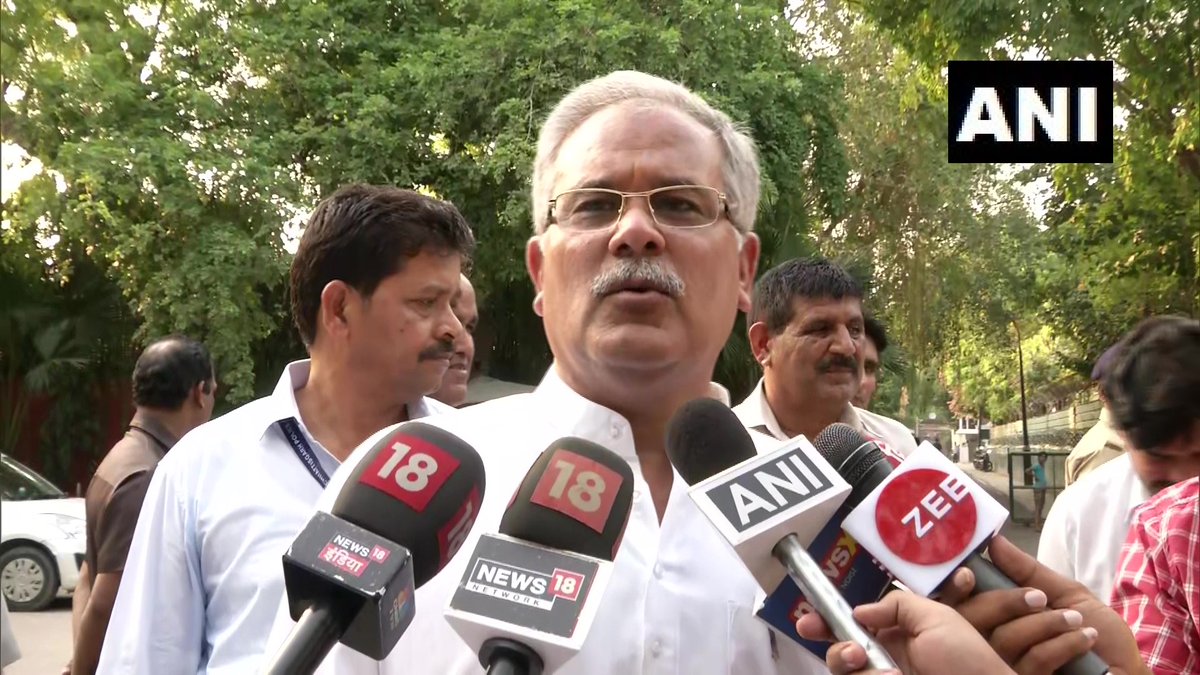 Speaking to media after meeting the Congress Chief, Baghel said, ‘Everyone wants that Rahul Gandhi should continue as Congress party President. No Congress worker has any doubt in his leadership and the way he fought in the last polls’. He added that ‘Rahul Gandhi has the ability to keep everyone together’.

Chhattisgarh CM Bhupesh Baghel after meeting Rahul Gandhi at his residence in Delhi: Everyone wants that Rahul Gandhi should continue as Congress party President. No Congress worker has any doubt in his leadership&the way he fought. He has the ability to keep everyone together. pic.twitter.com/WyJwl4AV1W

Replying to a query of a scribe about the ‘One Nation, One Election’, Baghel said. ‘BJP rather should focus on issues like poverty and employment’.

While Congress Senior Leader PL Punia also lauded Rahul Gandhi. Punia said, ‘He is the working President of the Party, He is the one who will decide whether he will be Chief of the party or not’. However, He added, ‘He is our party President and will remain so in further’.

Earlier on June 14, Party’s spokesperson Randeep Surjewala said that Rahul Gandhi will continue to lead us. He said, ‘He was, he is and he will Congress President’.

Gandhi had offered to step down from his post at the Congress Working Committee (CWC) meeting held on May 25 after poll results. Reportedly despite the CWC rejected his resignation, now an MP from Wayanad Rahul Gandhi is said to be unfazed.

The Congress had held its Working Committee meeting to discuss the reasons responsible for its poor performance in the recently held national polls 2019. Rahul Gandhi taking moral responsibility of defeat had on Saturday offered his resignation and asked party leaders to get a new name for party president post.