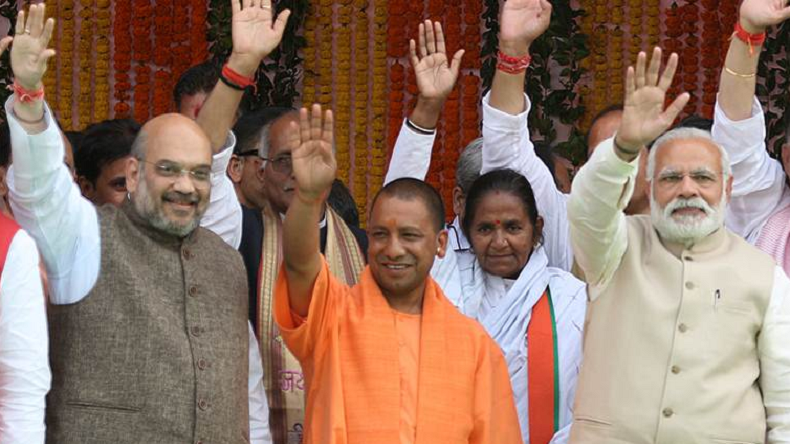 Intensifying its efforts to seek another term in the Office, the Bharatiya Janata Party(BJP) on Monday has released its list of star campaigner for the state of Uttar Pradesh in a run-up to the General Elections 2019.

The party had in 2014 bagged 73 seats out of 80 in Uttar Pradesh, however, this time it would not be a cakewalk for the party with Samajwadi Party and Bahujan Samaj Party forged an alliance, while Congress is leaving no stone unturned. BJP in a run-up to the General Elections 2019 has already started rolling out the lists of Candidates and has so far declared Candidates on over 290 Lok Sabha Seats. In Uttar Pradesh, the party has till now announced 31 Candidates with PM Modi contesting from Varanasi, Rajnath Singh from Lucknow, Hema Malini from Mathura, Smriti Irani from Amethi, General VK Singh from Ghaziabad Lok Sabha Seat.

Voting to 80 Lok Sabha Seats will spread across all seven phases starting from April 11.