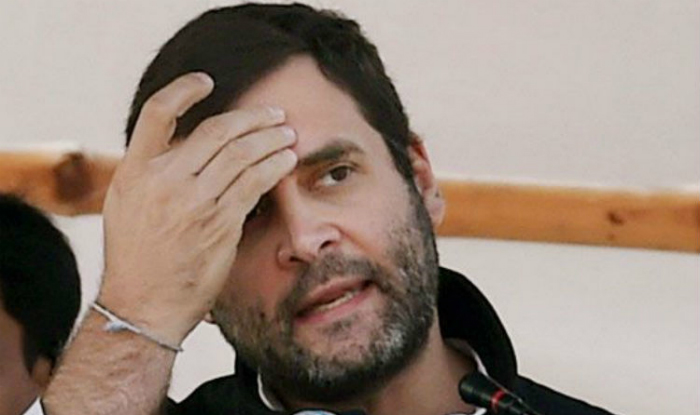 The Bhartiya Janta Party on Friday lodged a complaint with Chief Electoral office, State Election Commission against the Congress and its president Rahul Gandhi for his interview published in an English daily on Thursday, terming it is a “shining example” of paid news, which aimed at influencing the voters.

A BJP delegation including Union ministers J P Nadda, Mukhtar Abbas Naqvi and BJP’s media in-charge Anil Baluni submitted a memorandum to the Election Commision with a copy of the interview that was published from Hyderabad, claiming that “the reporting by way of an interview is a shining example of paid news.” The BJP in the memorandum further said that the interview “goes against the very spirit and parameters of the permitted coverage defined in the poll panel’s compendium of instructions on the media-related matters”.

Apart from the interview, the front page coverage on December 6 was another glaring example of paid news in the garb of reporting, the complaint mentioned.

Addressing the reporters after meeting the EC officials,  Mukhtar Abbas Naqvi said, “Just a day before the Telangana Elections and Rajasthan State Polls, Congress Chief Rahul Gandhi through his interview,  tried to attract voters and electoral process also. It is a clear violation of the model code of conduction.”

Naqvi further said that Gandhi in his interview cited a survey to claim that the Congress is winning and BJP is losing elections in all the five states. Bhartiya Janta Party contended that ‘The reference to opinion polls or surveys also violates the letter and spirit of the Electoral Laws’

“Rahul Gandhi’s interview comes under the category of paid news. As per the electoral rules, no campaigning or such interviews should be done 48 hours before the polling. Mr.  Gandhi purposely tried to influence voters so that free and fair process of election. We demand an immediate action against him and his party,” he added.

Telangana went to Polls on December 7. The Counting will take place on December 11 along with other state assembly elections