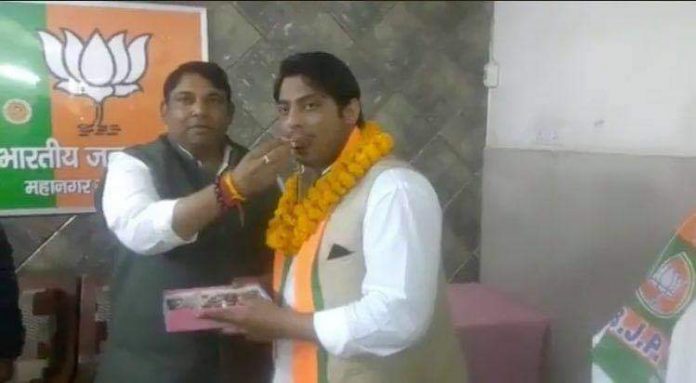 Later on, the pictures of him joining BJP went viral on social media and faced backlash. Hence, the party revoked his membership, claiming it was not aware of his criminal records.

He was included in a ceremony which was held in Ghaziabad in the presence of Sanjeev Sharma, BJP’s district convenor. He said, “Kapil Gurjar joined with hundreds of supporters. Influences the area. He has been influenced by the party’s policies, work being done by Prime Minister Narendra Modi Ji and UP Chief Minister Yogi AdityanathJii. He has also been influenced by efforts made by our Pradesh Adhyaksh Swatantra Dev Singh Ji to strengthen the party, and the youth have joined us. All these people worked for Hindutva for different parties. They met the Pradesh Adhyaksh and he directed me to induct them into the BJP,” quoted The Indian Express.

Videos of the ceremony showed Kapil Gurjar standing next to Sanjeev Sharma being fed sweets by the BJP functionary.

Gurjar said, “We are with BJP, it is strengthening Hindutva and wants to take it forward. Everything they do is mostly for Hindus. I have always wanted to do something big for Hindutva and the nation. This is why I have joined BJP. Before this, I was not associated with any other party. I am also part of RSS.”

However, a few hours later, Sanjeev Sharma circulated a press note which stated, “In the Mahanagar office today, some persons from BSP were inducted into the party. In the same crowd, Kapil Gurjar was also present. We were not aware of his involvement in the Shaheen Bagh matter. The moment the party was made aware, we cancelled his membership.” 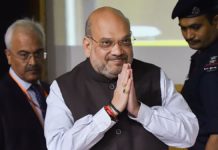