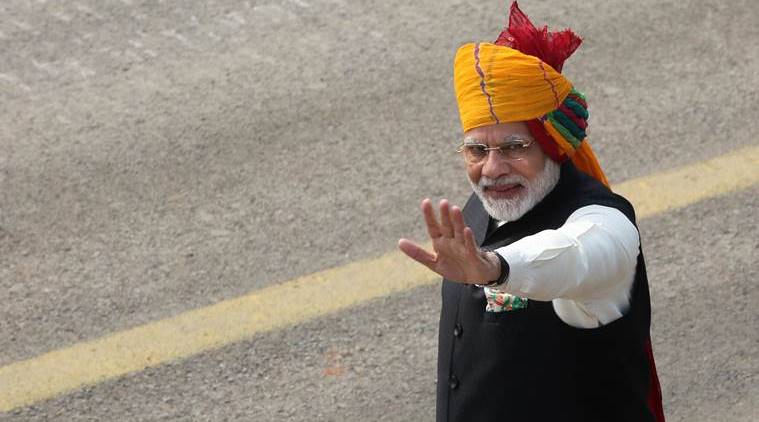 Intensifying its efforts to seek another term in the Office, the Bharatiya Janata Party(BJP) on Sunday released its Theme, slogan, and song for the General Elections 2019. Union Minister Arun Jaitley while addressing the press unveiled party tagline ‘Phir Ek Baar Modi Sarkar’ similar to what the party has used in 2014 national elections. He also launched the party’s theme for the TV Commercials.

The party had in 2014 built its campaign around to line ‘Abki Baar Modi Sarkar’.

The ruling Bharatiya Janata Party in the TV commercials and Theme Song has focused on the achievements of the Central Government and work done by it in the last 5 years. Addressing the presser, Jaitley said that the party has given focus on the middle class, Poors, Neo-Middle class in its theme song and will do same in party poll manifesto which is slated to be launched on Monday, April 8.

He also racked up at Congress for ignoring the emerging middle class in its polls manifesto.

He added with the campaign that party will highlight the changes and development that the party has brought up in the last 5 years.

He said that Our Government in the last 5 years have made efforts to reduced the taxes of Common People while there are some parties who are on the verge to impose more taxes on the Common People.

While talking about the need for strong government at Centre, he urged people to vote for Bharatiya Janata Party in 2019 just like 2014 with full majority and mandate.

He added that ‘People of the Country have decided this time too they want to full majority and highly decisive prime minister leading the country for national interest.

The party’s TV Commercial has been planned to highlight the achievements of Modi Sarkar such as OROP, Ujjawala, Terror Countering, etc.

The Saffron party who is seeking another term in the Office is expected to launch its manifesto on Monday with a focus on Nationalism, Hinduvta, and Development, party sources claimed.

Prior to this, The party had on April 2, launched its first advertisement based on ‘Janta Maaf Nahi Karegi’ similar to those run by the party in a run-up to the national elections 2019.

BJP’s ‘Janta Maaf Nahi Karegi’ had in 2014 played a crucial role in setting up the tone for the party by bashing the then ruling Congress.

With just days left for the first phase of polling, All the parties including the saffron party is leaving no stone unturned to outdo each other in the mega battle of ballots. BJP in a run-up to the mega polls has already declared its candidates on over 330 candidates across the nation.